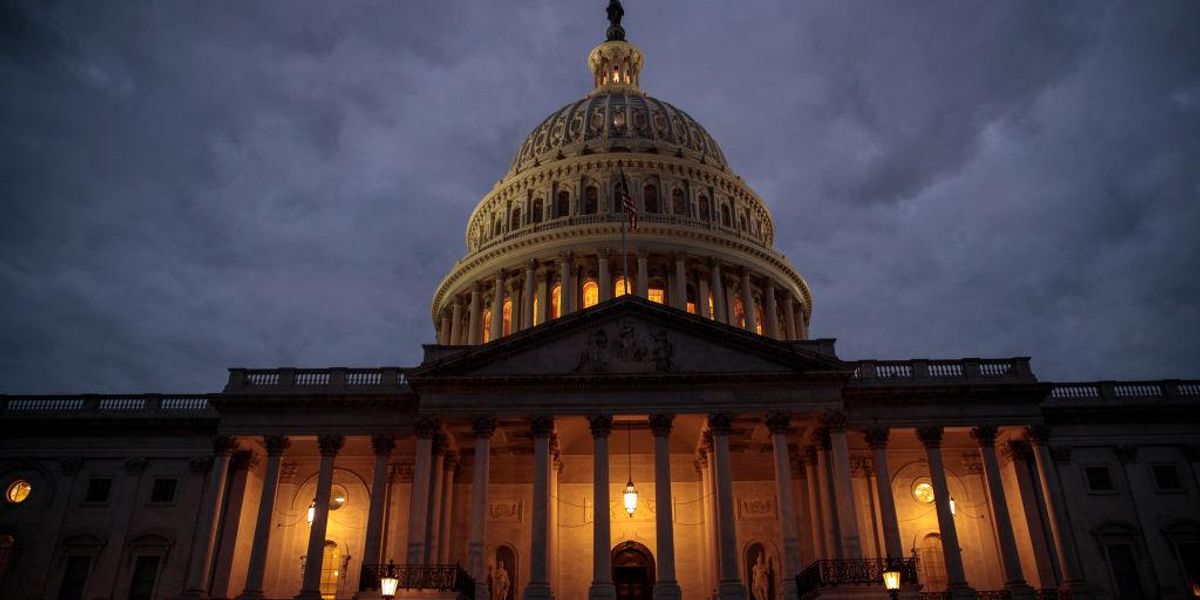 The House Pro-Choice Caucus disseminated an “Abortion Messaging” guide to Democrats that lists the term “Choice” under the category of “HARMFUL LANGUAGE,” while listing the word “Decision” under the heading of “HELPFUL LANGUAGE.”

The list categorizes “Conscience clause/protections” under the “HARMFUL LANGUAGE” header, but lists “Refusal of care/denial of care laws” as “HELPFUL LANGUAGE.”

NEW: The Pro Choice Caucus has just sent out messaging materials to House Dems on Roe draft. nnOne of the recommendations: Don’t use “choice.”pic.twitter.com/nqVA8W1nWT

In response to a social media post about the messaging list, Jerry Dunleavy of the Washington Examiner tweeted, “Pro-Choice Caucus decides its own name is harmful LOL.”

“I assume the Pro Choice Caucus will soon be renamed the Pro Decision Caucus? If we’re talking language changes, maybe just stop the euphemism game and name yourself the Pro Abortion Caucus. Or even more accurate would be the Pro Dismembering and Poisoning Children Caucus,” tweeted Noah Brandt, director of government affairs at the pro-life organization Live Action.

“These ridiculous talking points are good reminder — the reason why the pro-abortion forces are on their heels now is because for decades they’ve put no intellectual energy into defending abortion and they’re absolutely tone-deaf when it comes to defending it,” Mark Hemingway of RealClearInvestigations tweeted.

While abortion has long been a topic of significant debate, the issue recently rose to the societal fore when a Supreme Court draft opinion for a pending case was leaked — the draft revealed that the high court may overturn Roe v. Wade later this year.

Leftists have been sounding the alarm about the potential Supreme Court ruling.

A group of liberal senators signed a letter to Defense Secretary Lloyd Austin urging him to ensure that military service members can travel to get an abortion if abortion is no longer available in their location after the high court issues an official ruling.

“At a minimum, you and your staff should consider implementing policy changes to allow servicemembers to obtain, for example, special liberty or permissive temporary additional duty permissions in order to travel out of state for reproductive healthcare and abortions if they are stationed in a jurisdiction that curtails these rights after the Dobbs decision is issued,” the senators said in the letter.

Progressives blast Bill Maher as ‘transphobic’ for saying it’s ‘trendy’ to be LGBTQ, declaring children transitioning to transgender is not science-based
Nets Ignore News FBI Knew Trump-Russia Collusion Was a Hoax All Along
Joe Biden signs bills authorizing $40 billion in aid to Ukraine and to increase access to baby formula while in Asia
‘Sending unruly mobs to private residences … is inappropriate’: Florida Gov. DeSantis signs measure that prohibits participating in protests outside of homes with the intent to disturb residents
Back For A Limited Time: A Lifetime Microsoft Office License (Plus Expert-Led Training) For Only $79.99