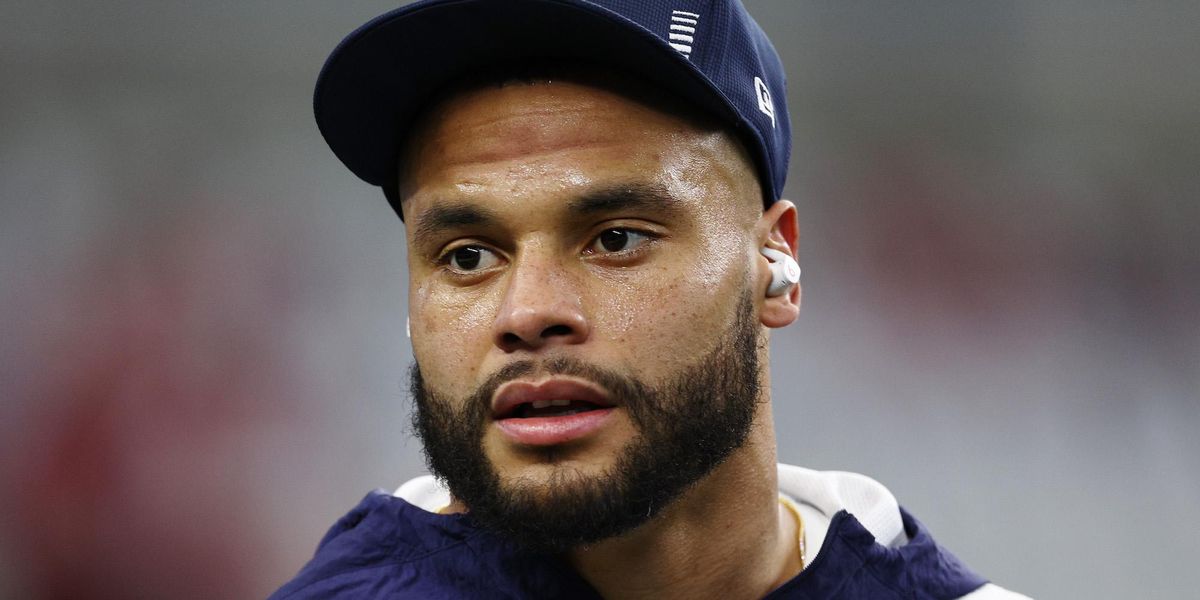 Rayne Dakota Prescott, the quarterback for the Dallas Cowboys, apologized for his comments praising the team’s fans for throwing garbage at referees following their latest disappointing playoffs loss.

Prescott was excoriated by many commentators and others after he appeared to support his fans for expressing their displeasure at the referees on Sunday.

Many Cowboys fans, and apparently Prescott as well, blamed referees for the clock running out in the final moments of the game before the Cowboys had a chance to tie up the score against the San Francisco 49ers. Others blamed the play-calling that led to Prescott running the ball and the 14 seconds left on the clock.

“Credit to them, then, credit to them,” Prescott said of the fans after being informed of their behavior against the referees.

“The fans felt the same way as us. I guess that’s why the refs took off and got out of there so fast. I think everybody is upset with the way this thing played out,” he added according to a reporter for the Dallas Morning News.

“I deeply regret the comments I made regarding the officials after the game on Sunday,” Prescott tweeted.

I deeply regret the comments I made regarding the officials after the game on Sunday. nnI was caught up in the emotion of a disappointing loss and my words were uncalled for and unfair.

“I was caught up in the emotion of a disappointing loss and my words were uncalled for and unfair,” he added.

Ironically, Prescott had initially criticized the fans because he believed that they had been throwing trash at the team’s players before reporters corrected him.

Here’s some of the criticism against Prescott’s comments:

Joe Biden signs bills authorizing $40 billion in aid to Ukraine and to increase access to baby formula while in Asia
Horowitz: Indiana judge finally recognizes right to bodily freedom … but only to use the other gender’s bathroom
NY Times Australia Reporter Damien Cave Defends Authoritarian COVID Response
Want to live forever? Science says “youth transplants” are the answer
SOURCES: China preparing for “D-Day” INVASION of the continental United States, with forces to land on the beaches of California, as Biden and Newsom serve as China’s accomplices