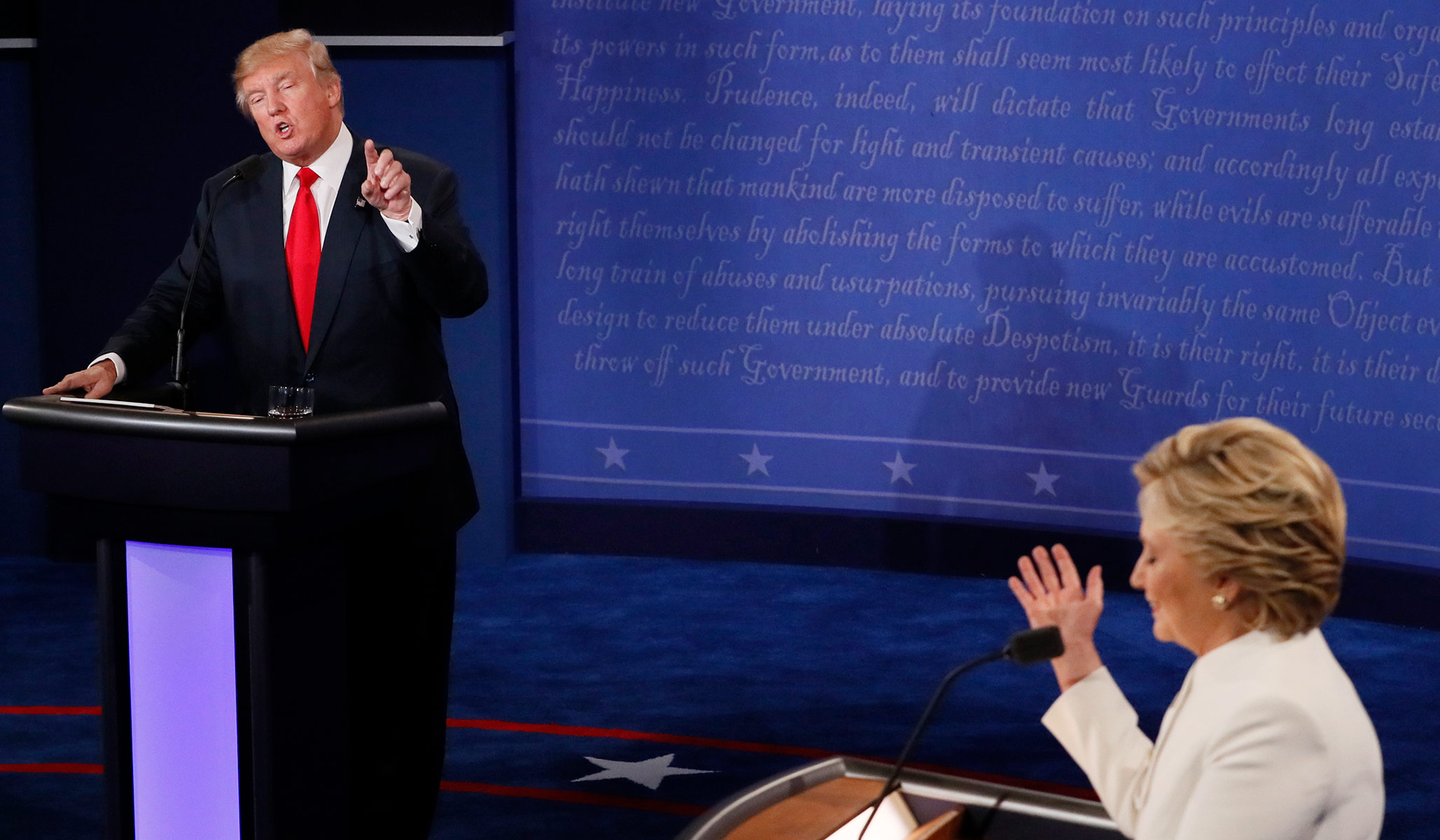 Dick Morris, who once served as a top adviser to former President Bill Clinton, predicted on Sunday there is a “good chance” both Hillary Clinton and Donald Trump will run against each other again in 2024.

During an appearance on John Catsimatidis’s radio show, Cats Roundtable, Morris suggested there is a good chance Americans could see a Clinton-Trump rematch if Democrats lose control of Congress in the 2022 midterm elections, in which case President Biden and Vice President Kamala Harris would struggle to maintain support.

“Hillary has set up a brilliant strategy that nobody else is able to do,” Morris added. “Knowing the people around her, I believe there is only one person capable of that level of thinking — and that’s her husband, Bill.”

“The second the election is over … every Democrat is going to take a shot at Biden and Harris. They will be DOA,” Morris said.

Clinton has issued warnings to her fellow Democrats about the dangers of shifting too far left, saying in an interview with MSNBC that her party should do “some careful thinking” about winning elections “not just in deep-blue districts where a Democrat and a liberal Democrat, or so-called progressive Democrat, is going to win.”

She also said that while she is about “vigorous debate” that “it means nothing if we don’t have a Congress that will get things done and we don’t have a White House that we can count on to be sane and sober and stable and productive.”

Morris said Clinton’s rhetoric has helped create a “zero-sum game” where the worse Biden does, the better she does, “because she’s positioned herself as the Democratic alternative to Biden.”

“The person who staked out the turf first and owns the turf in the Democratic Party is going to be Hillary. It’s a brilliant, brilliant strategy​,” Morris said.​

Morris’ comments come after the Wall Street Journal published an op-ed last week by Democratic political consultant Doug Schoen and former Manhattan Borough President Andrew Stein outlining the case for another Clinton run, including a similar argument that poor poll numbers for Biden and Harris could create an opening for the former secretary of state.

“She is an experienced national figure who is younger than Mr. Biden and can offer a different approach from the disorganized and unpopular one the party is currently taking,” the op-ed said.

A source reportedly told Politico last week that Hillary and Bill Clinton have a “perpetual itch” to return to prominence in the Democratic party “that will never go away” and that the pair sees a chance to return to the spotlight by leveraging the intraparty fighting between moderates and progressives.

“They know how to slowly re-enter,” the insider told Politico. “The Clintons want to reset the board in their favor and then move the pieces.”

Meanwhile, Trump has not officially said whether he plans to run again in 2024. However, he held his first rally since July on Saturday, an event which several outlets described as a “soft-launch” of his next presidential campaign.

Clinton was bested by Trump in the 2016 election in Electoral College votes, with 232 votes to Trump’s 306, even though she won the popular vote by nearly 3 million.