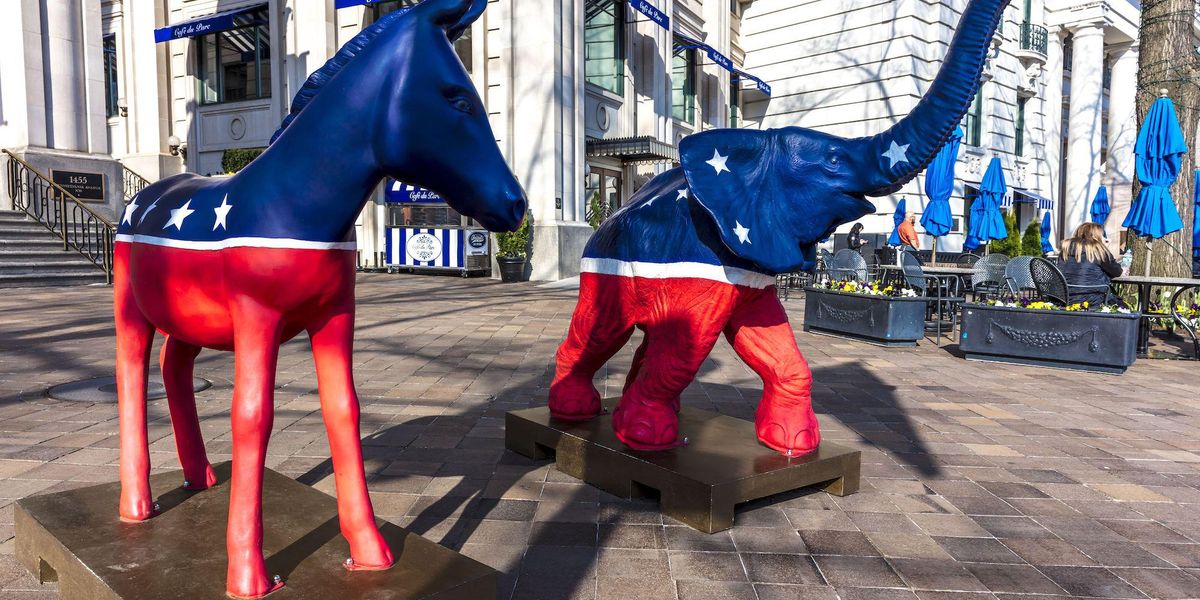 A new poll from Gallup found a massive shift among Americans away from the Democratic party toward the Republican party.

Those two margins were also the largest that Gallup had measured in thirty years.

Both the nine-point Democratic advantage in the first quarter and the five-point Republican edge in the fourth quarter are among the largest Gallup has measured for each party in any quarter since it began regularly measuring party identification and leaning in 1991.

In a separate poll from Quinnipiac released on Wednesday, only a third of Americans said they approved of the job that Biden is doing, while more than a majority, 53%, said they disapproved of his decisions as president.

Vice President Kamala Harris (D) didn’t fare much better in a separate poll that found only 44% of people approved of the job she was doing, while 54% said they disapproved.

The midterm elections are sizing up to be disastrous for Democrats, who already have an uphill battle to retain control of Congress due to the number of vulnerable seats that will likely flip to Republican control.

The Gallup poll was conducted from telephone surveys with 12,000 randomly sampled U.S. adults.

[embedded content]
Chaffetz: This is why Republicans feel a surge ahead of 2022 midterms

Cameron Doubles Down, Suggests Fox Should Be Deplatormed, Not Protected By Free Speech
When Did Orwell Stop Being Fiction?
Georgia Breaks Records Using Law Media Decried as Voter Suppression
‘An abortion is an act of love’: Bisexual woman says she would prefer abortion over having a kid who gets ‘adopted by white evangelicals’
How the Left Is Trying to Deflect Blame for High Gas Prices