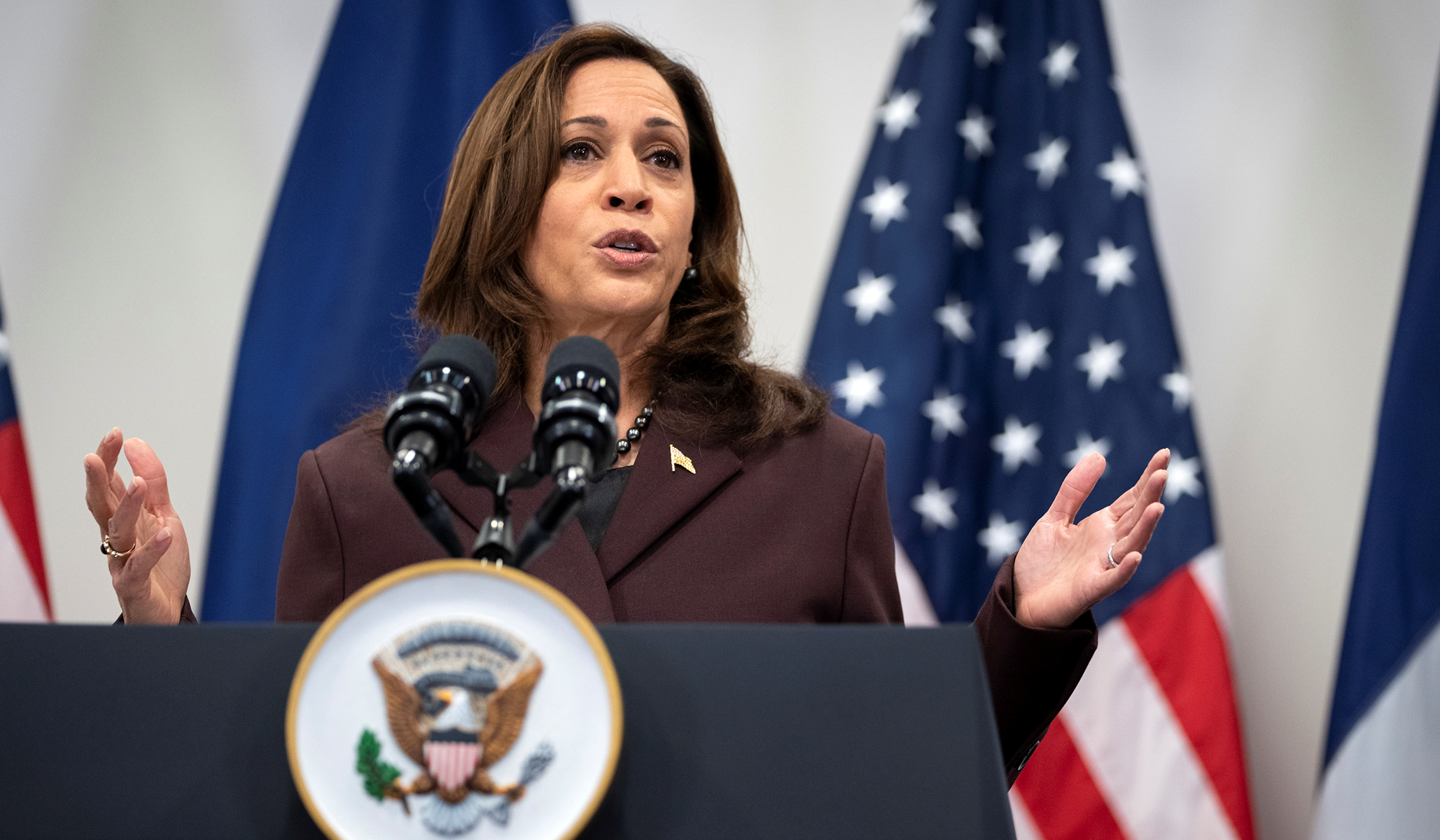 Vice President Harris, on the heels of her Today interview, addressed the nation about the administration’s Covid-19 strategy. The following is a rush transcript:

Today is a day, the dawning of a day, and the time is now.

Many have approached me, often in the produce sections of this great country, and they say to me, “Momala, we need to do something about this Omicron.” Momala, that’s a joke I have with people, and you — we need to be serious now, okay?

And so today, I am called upon to “defeat coronavirus, and take my time.” His words.

Make no mistake, that is exactly what I intend to do.

I want to start by reading something that was retweeted by Ron Klain. It was sent by a non-binary exchange student from Hawaii with hearing difficulties whose only access to a phone came through Lifeline. Even against these challenges, this individual managed to post in perfect English: “Liberate us.”

How profound. How extraordinary. It reminds me dearly of the time I said “Fweedom.”

Liberation. Isn’t that what we all need? So America, I’m going to need you to listen. Because this is a surge, okay? And for those who want to tap on the brakes, ease off the gas, to somehow do less than we’re all committed to doing, together, forever, as one single body of humanity, for the good of the . . . all of us, I just think: Joe Biden did not raise us a quitter. And for that, I am so proud. This virus is going to require action. And not just action, but reaction, and satisfaction, the satisfaction we all get from waking up every day, putting on our shoes, having a bowl of oatmeal, walking out the door, and having a — I mean, a real, genuine: Con. Ver. Sa. Tion. And let’s not forget, we have the tests. I don’t know how many, or where they’re from or where they’re going, but they’re going somewhere, possibly Saint Cloud, and that is all that matters. Right? But we also need to talk about the things.

And that is what I really wanted to talk about today, and I’m glad you brought it up.

We have the things — and we do have them, don’t let anybody tell you we don’t — and we can use the things as the tools to hammer the nails of this virus back, back into the ground where it came from. And we know where this came from, don’t we? That’s right: Florida, where it leaked out of a Benihana. In Tampa. Probably. I will have to check my notes. If only we had had the resolve then to do what has to be done now, with the things.

And so we need to keep doing that, those things, every single day and — America, I want to tell you a story.

It’s a story about a little girl, a little girl who was worried about a country that was preparing to let its guard down. And that little girl, she wanted to build back better-er, to ensure that every classroom has a sneeze guard, that every household has a compact quarantine cell, that every mask has a microphone and a small speaker so we can put an end to muffling, that we as a society have the digital infrastructure — which, by the way, we’re going to need a lot more money — to transmit real-time CDC guidance directly to your smart glasses. That is how we declare victory, America.

And that little girl? I think her name was Susan. I can’t remember, because my aides were supposed to send me an email. Actually, they did, but it should have been opened for me, and it wasn’t.

And so my staff and I, we’re going to have to have a conversation.