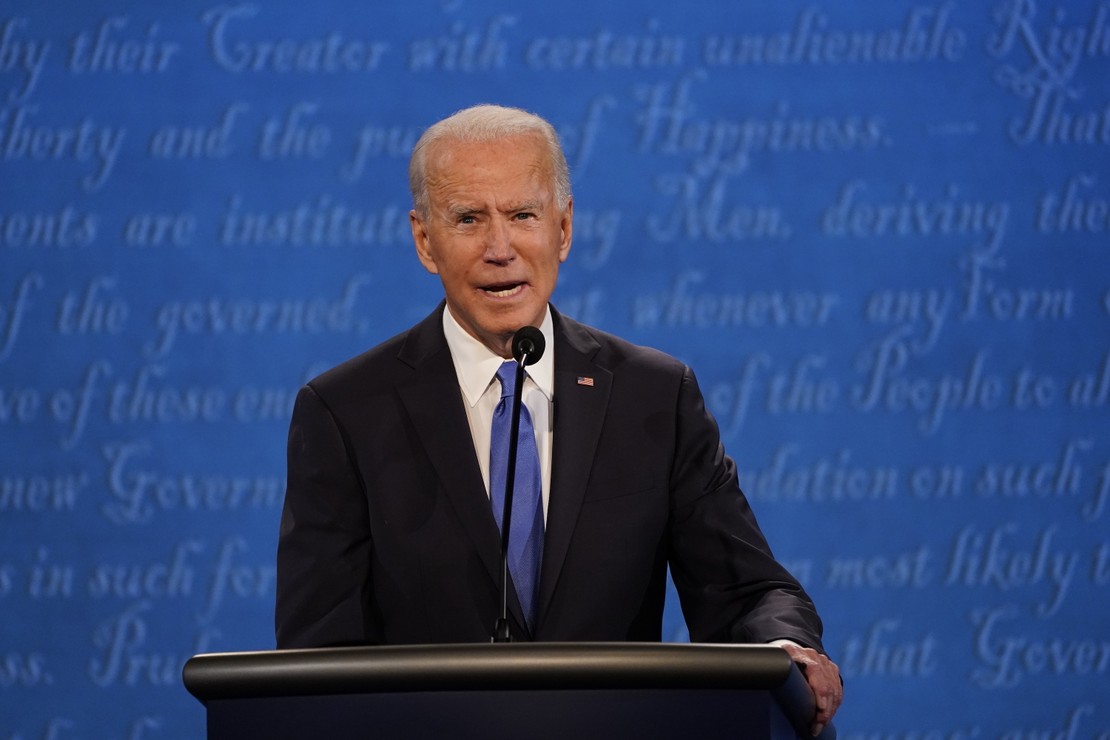 The Republican National Committee says it will require candidates running for president to pledge not to participate in the debates sponsored by the Commission on Presidential Debates.

It’s been a long-brewing divorce as Republicans have complained since 2012 that the process is tainted by partisanship and that Democrats receive an inordinate amount of favor from the Commission. The first 2020 debate was held after a million votes had already been cast in early voting states, enraging Republicans who believed that the longer Joe Biden was forced to expose himself to the public, the likelier he would be to commit some kind of gaffe that would sink his candidacy. The RNC is demanding that at least one debate predate any early voting.

The Commission on President Debates is a fossil from a bygone era and it’s high time that it be reformed or done away with.

Former President Donald J. Trump has criticized the commission since his first campaign, against Hillary Clinton in 2016, when he complained that one of its co-chairs, Mike McCurry, was a White House press secretary under President Bill Clinton. He also complained then that the debates were being held at the same time as N.F.L. games. Mr. McCurry later condemned Mr. Trump’s attacks on the media as president.

Officials with the commission told the R.N.C. in December that one of the party’s demands in particular was unacceptable: having nonvoting representatives of either the R.N.C. or the Democratic National Committee at the commission’s board meetings. The commission wrote that it was still studying that and other concerns the R.N.C. had raised, including the choice of moderators, as part of its review before the 2024 campaign cycle.

There have been several far-left debate moderators like Gwen Ifill of PBS and CNN’s Bernard Shaw. But the closest the Commission ever came to using someone remotely conservative was Chris Wallace, formerly of Fox News. Biased moderators against non-radical leftist candidates have been a constant complaint by Republicans.

RNC Chairman Rona McDaniel believes it’s time for the Commission to reform or Republicans will exit the agreement.

“So long as the C.P.D. appears intent on stonewalling the meaningful reforms necessary to restore its credibility with the Republican Party as a fair and nonpartisan actor, the R.N.C. will take every step to ensure that future Republican presidential nominees are given that opportunity elsewhere,” Ms. McDaniel wrote.

Accordingly, she added, the R.N.C. would start the process of amending its rules at the winter meeting “to prohibit future Republican nominees from participating in C.P.D.-sponsored debates.”

The image of the smirking CNN reporter Candy Crowley “fact-checking” Mitt Romney in the middle of a debate still rankles Republicans who wonder why Crowley wasn’t fact-checking Barack Obama for the whoppers he was saying on air.

I’m old enough to remember the very first televised debate — a novelty at the time. Tellingly, those who listened on the radio believed Nixon won while the TV audience — nearly seventy million people — went overwhelming for the handsome Senator from Massachusetts.

Going into the debate, Nixon was almost certainly ahead. But as Theodore H. White observed in Making of the President 1960, the crowds following Kennedy after the debate were huge and enthusiastic. Kennedy had become a rock star candidate and although close, the election was won after that first debate.

TV doesn’t have that kind of power any more. But it’s still a significant source of information for tens of millions of people. The Commission on Presidential Debates continues to think like it did in 1960. Republicans shouldn’t go back until they recognize the patently unfair format and methods and work to reform them.