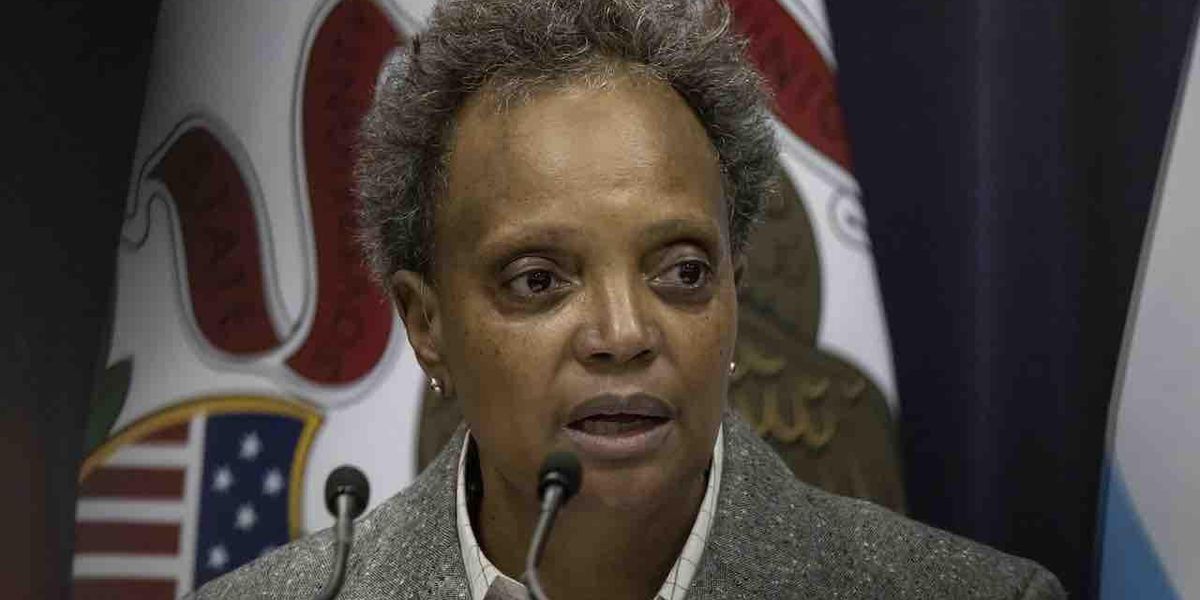 Readers of TheBlaze may recall one of a number of recent smash-and-grab thefts which have seemed to grow more brazen and more organized as time goes on: A pair of crooks caught on surveillance video last month
smashing display cases in a Chicago luxury car showroom, stealing watches worth millions, and then running off unscathed.

Joe Perillo, co-owner of Gold Coast Exotic Motors, later said he was frustrated by what he sees as “kid gloves” consequences for crooks.

“If they get arrested, they get let go,” he told WLS-TV. “So, how do you intend to ever solve that problem?”

Perillo also told the station: “If they don’t do anything about this, they’re going to lose a lot of businesses. They lost Macy’s. They’re losing Neiman Marcus. They may lose this store.”

Well,
CWB Chicago reported that Mayor Lori Lightfoot met with Perillo days later in the showroom on North Rush Street to discuss the costly theft, and two sources familiar with their chat said things deteriorated between them.

One source told the outlet that the
infamously combative mayor “got into a fight and walked out” of the meeting. The second source confirmed the meeting headed south and added that Lightfoot called Perillo an “idiot” as she departed, CWB Chicago reported.

But Perillo told Fox News he didn’t hear Lightfoot call him an “idiot.”

“I’m not aware that she called me an idiot … at least she did not say that to me,” he noted to the cable network in regard to their chat. “In her heart, I believe she is trying her best. That said, we are both passionate individuals and have different views of how to deal with theft. I can report that there was nothing I said that in any way was foolish. I simply wanted to know what her future plans were going forward.”

While a mayor’s office spokesperson confirmed that Lightfoot met with Perillo, the official declined to provide details about the conversation, citing privacy expectations, CWB Chicago said.

No more than two days after the reportedly tense meeting, an inspector from the city’s Department of Business Affairs and Consumer Protection stopped by the showroom bearing gifts. Christmas was coming up, after all.

But what the inspector was toting required no wrapping paper.

CWB Chicago, citing a Lightfoot spokesperson, said the inspector was following up on an anonymous Dec. 15 complaint about a public health violation at the dealership — and the inspector issued tickets.

For what it’s worth, the expensive smash-and-grab took place Dec. 11, and the unfortunate Lightfoot-Perillo meeting happened after that. The tickets were issued Dec. 17, CWB Chicago said.

“It was unrelated to the mayor’s meeting with Mr. Perillo,” the spokesperson told the outlet in regard to handout of tickets.

The outlet said Perillo’s dealership received four tickets for six violations, adding that the inspector allegedly saw three employees and one customer not wearing COVID-19 face masks inside the dealership.