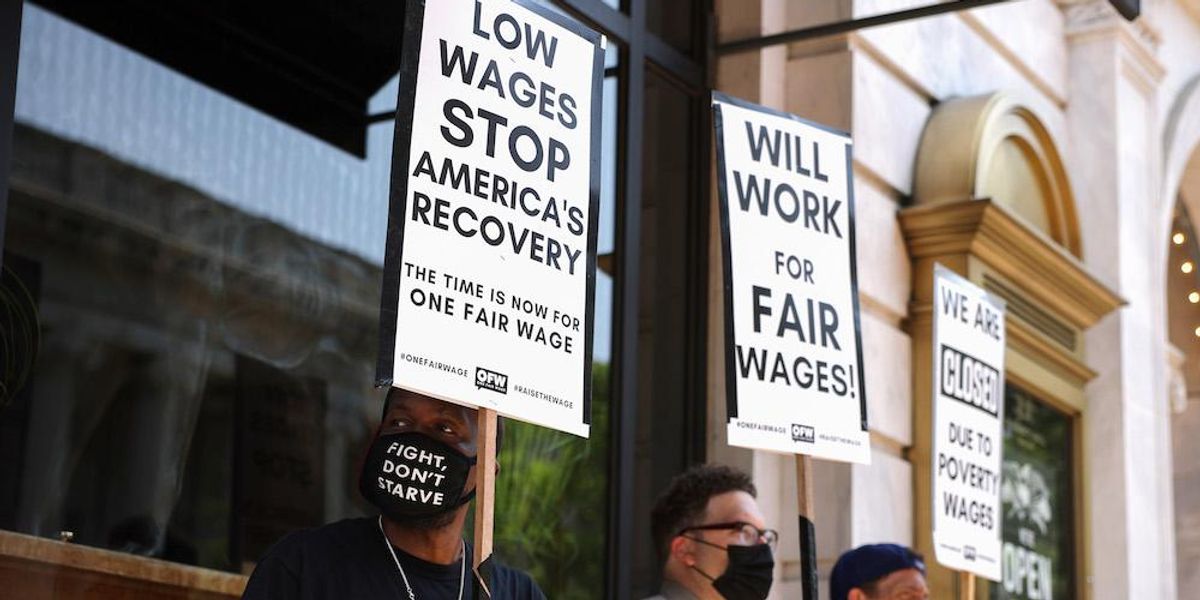 If you were an employer in Portland, Maine, you were likely not ringing in the New Year with nearly as much gusto as the rest of the country.

The hike, which the Wall Street Journal (and anyone else with a lick of sense) called “destructive,” was triggered by a city ballot referendum approved by Portland voters in November 2020. The measure will raise the minimum wage in stages to $15 by 2024 and was already going to make the minimum wage $13 on Jan. 1.

Also included in that referendum was a provision requiring Portland employers to pay employees one and a half times the minimum wage during any state or local declared state of emergency, the Portland Press Herald noted.

Portland is currently under a citywide COVID state of emergency, something the City Council had an opportunity to repeal last month, but refused. That failure meant the state of emergency would still be in effect come Jan. 1, which was the date that the Maine Supreme Judicial Court ordered the city’s hazard wage to take effect.

Because Portlanders demanded a minimum wage hike and their City Council refused to take responsibility and repeal the city’s state of emergency, every employer in town was suddenly forced to pay workers at least $19.50 per hour. And they would have to continue to do so until the council got its act together.

Thankfully some business owners and their supporters were willing to make a stink over the whole ordeal.

The Portland Regional Chamber of Commerce made its voice heard, telling its members to let the City Council know what they thought.

“Large chains will be able to absorb the added costs of a $19.50 minimum wage, but small businesses in Portland will not be able to absorb these costs without direct increases in prices or cuts to services and staff,” the chamber said, according to the Press Herald. “This strikes directly at our local economic self-reliance and makes it just that much harder for local organizations to compete.”

CycleBar fitness business owner Julie Marchese told the City Council that, since the pandemic, her traffic is down by more than half and that because of the new minimum wage she would likely have to “lay off all my employees, including my manager, and work all the hours myself because I don’t get paid,” the Journal reported.

The co-owner of Coffee Me Up, Alba Zakja, said paying $19.50 per hour would likely mean she would have to leave Portland. This after she used her 2019 profits to give raises to employees, even as her business took a major hit during the pandemic, the Journal said.

Thanks to these and other employers, Newsweek said, the City Council voted 8-1 last week to lift the state of emergency and thereby cut the minimum wage by $6.50 to $13, effective Jan. 13 or Jan 14.

Pandemic is at a ‘turning point’ after Omicron cases nosedive in South Africa, says vaccinology prof.
Is This How Democrats Will Steal the Midterm Elections?
Leftist writer calls for parenthood to be abolished to achieve equity, says your children should be given to ‘homeless neighbors’ or to the state
Rep. Maxine Waters says pro-filibuster Sens. Manchin and Sinema ‘don’t care whether or not they undermine the rights of minorities and blacks in this country’
Glenn Youngkin Triggers a Mask Meltdown in Virginia