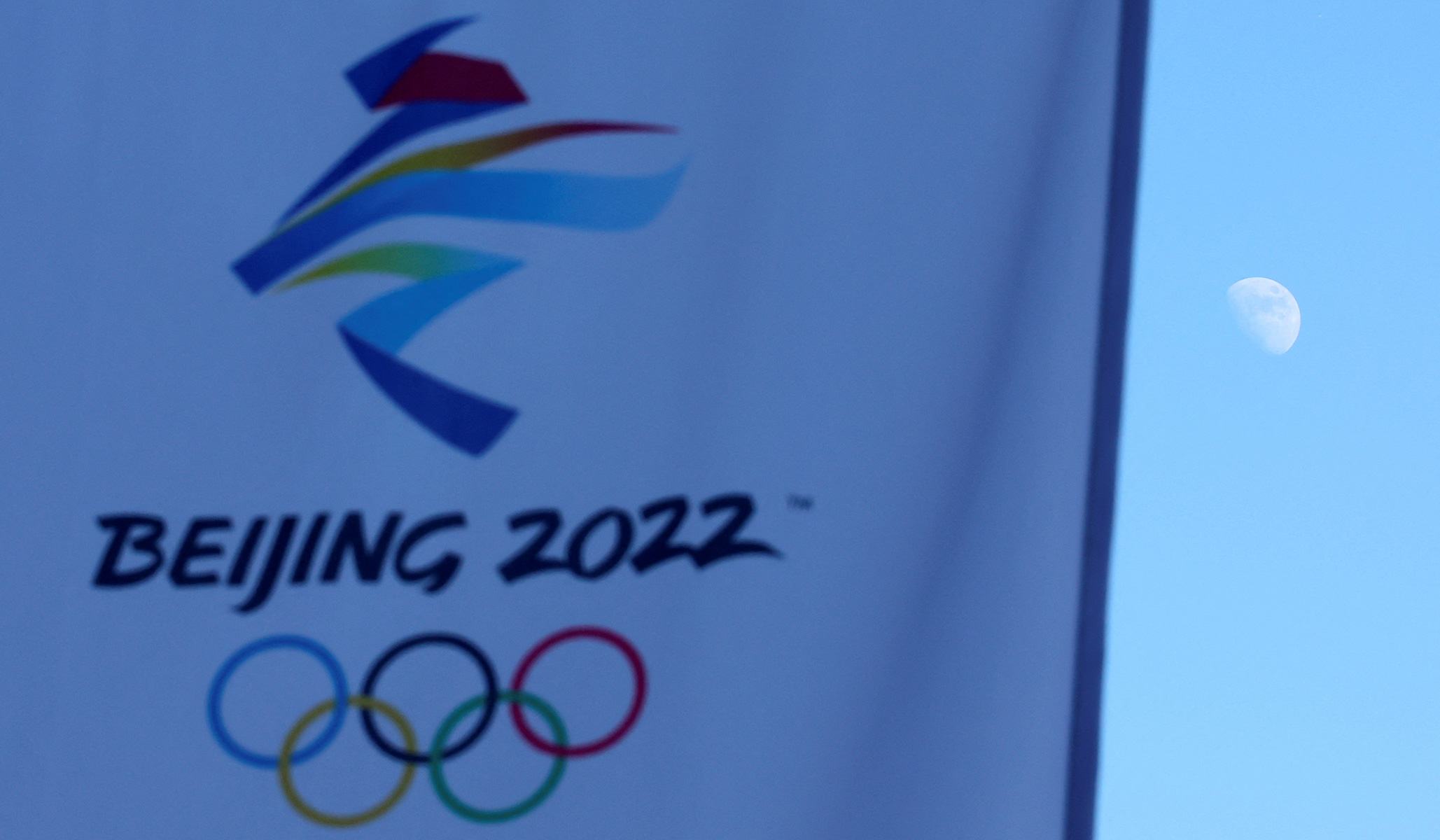 On the menu today: The upcoming Winter Olympics in Beijing appear set to be a moral disaster, raising the question of whether Americans can watch the events in good conscience; the Federal Aviation Administration enacts a brief but wide-ranging ground stop for “some sort of national security threat” but doesn’t want to give many details; unity tickets are a dumb idea, and Tom Friedman is a dumb columnist for promoting them; and your favorite newsletter writer lays out how Omicron is different in a new venue.

Moral Mess at the Winter Olympics

The Winter Olympics start in Beijing in less than three weeks. Can you feel the excitement yet?

Reuters: “Dutch athletes competing in next month’s Beijing Winter Olympics will need to leave their phones and laptops at home in an unprecedented move to avoid Chinese espionage, Dutch newspaper De Volkskrant reported on Tuesday.”

The New York Times: “Olympic officials are reluctant to look into whether any Beijing 2022 merchandise might have been made under duress by Uyghurs, an activist group charges.”

PBS: “A third Chinese city has locked down its residents because of a COVID-19 outbreak, raising the number confined to their homes in China to about 20 million people.”

Last month on the Three Martini Lunch podcast that I co-host, legendary sportscaster Bob Costas, the face of Olympics coverage in the U.S. for a generation, suggested that the U.S. government was handling the morally troubling questions about the upcoming Winter Olympic Games in Beijing about as well as it possibly could.

“Unsatisfying as it may be, the course of action now that the Biden administration is taking is the correct one,” Costas said, pointing out that the full boycott of the Moscow games by the Carter administration in 1980 did not influence Soviet policy very much and deprived many U.S. athletes of their dream of competing on the world stage.

“Not much [was] accomplished in terms of geopolitics, and a lot of athletes [were] hurt in the process. I think the best outcome here is the U.S. is stepping aside [diplomatically], and that’s getting a lot of coverage. The best thing that could happen after that is for the U.S. to win a whole lot of gold medals, and the Chinese are forced to listen to the Star-Spangled Banner over and over again.”

In general, Costas is right. American athletes’ staying home won’t free one Uyghur or one Hong Kong democracy activist or make a future invasion of Taiwan any less likely. And it’s not American athletes’ fault that the International Olympic Committee chose Beijing — which just hosted the summer games in 2008! — over any cities in non-authoritarian countries.

And yet . . . there’s that sinking feeling that if Americans act as if there’s nothing unusual or troubling about these winter games, we will be acquiescing to a lie and accomplices in a great crime.

The Chinese government and the International Olympic Committee want us to act like everything is normal and this is just another winter games taking place in some far-off foreign capital. But nothing about the Chinese government is normal right now — from the ongoing genocide of the Uyghurs to the crackdown in Hong Kong to the military aggression toward Taiwan to the refusal to cooperate with the WHO on the investigation into the origins of Covid-19 to the sudden disappearance and subsequent odd, seemingly coerced statements from tennis star Peng Shuai, who accused former vice premier Zhang Gaoli of sexually assaulting her.

The Chinese government might not be the most brutal, repressive authoritarian regime in the world. But it can’t be that far from the top of the list, and China’s sheer size and economic and military power mean that the regime creates problems and threats on a much larger scale than, say, North Korea.

Chinese president Xi Jinping and the IOC have effectively placed a giant bet. They know you’re going to hear about the ongoing crimes of the Chinese government. They’re betting that you won’t care. They’re betting that once you hear the Olympic fanfare, you’ll get so swept up in the habitual biennial excitement that you shrug off the fact that the government hosting the games has at least a million people in concentration camps and is forcibly sterilizing ethnic and religious minorities.

They’re betting that you won’t respond the way the Women’s Tennis Association did regarding Peng Shuai, canceling all upcoming tournaments in China and stating that it was willing to forego a billion dollars in revenue if necessary.

We probably shouldn’t expect NBC to put much emphasis on, or perhaps even mention, China’s human-rights abuses or aggression during its coverage. Costas laid out the risks and challenges NBC faces if it mentions those controversies. “It’s impossible to predict how [the Chinese government] will respond. Even if [NBC] were to acknowledge what those issues are, let alone take a strong editorial stance on those issues, it’s entirely possible that the Chinese could cut the feed.” (Back in 1996, NBC apologized to the Chinese government for Costas bringing up China’s human-rights record during the opening ceremony of the Atlanta games.)

Costas estimated that a network spends about a billion dollars to cover the Olympics, between the broadcasting rights, equipment, travel costs, lodging, and so on. And this isn’t even considering NBC’s parent company, Comcast; back in 2017, Comcast CEO Brian Roberts called China a “very, very big opportunity” for NBCUniversal’s theme-park division.

Nor should we expect the big corporate sponsors of the Olympics to withdraw or risk their access to the Chinese market. Swiss timekeeper Omega declared in a statement to Newsweek that, “Our role at this event is Official Timekeeper, a vital position we have proudly fulfilled at the Olympic Games since 1932. We will therefore be there once again to serve the world’s best athletes as they compete on the global stage.” (Then again, maybe we shouldn’t expect Swiss companies to take brave moral stances against brutal authoritarian regimes. Judging by its 20th century track record, this isn’t Switzerland’s strong suit.)

That leaves the rest of us. Should we watch these games? If we refuse to watch, are we punishing American athletes who are blameless? If we do watch, are we unintentionally consenting to genocide?

Perhaps we should decide to cheer on our favorite American athletes, and that’s it. Watch no more than we feel is necessary, and hope these games generate lower-than-usual ratings, reflecting our inability to fully cheer these “Genocide Games.” Send just enough of a signal to NBC and the advertisers that we’re just not as interested in the Olympics when they’re hosted by nightmare regimes — and that if the IOC wants the big audiences to return, then in the future, it must select noncontroversial host cities in free nations.

We must send a signal declaring, “No, this isn’t just another Olympics.”

Oh, Hey, Just a Brief Ground Stop of All Planes on the West Coast, No Big Deal

This report from The Drive sounded like a strong nominee for my “Unsolved Mysteries” collection: On Monday evening, the Federal Aviation Administration enacted a widespread “ground stop” of all flights across the western U.S. for about ten minutes — but didn’t give much explanation as to why. A Burbank air-traffic controller told a pilot that, “Some sort of national-security threat is going on.”

But this report from CNN makes it sound like, despite no official statement, the ground stop was undoubtedly triggered by North Korea conducting a ballistic-missile test.

When you hear people arguing that the actions of far-off autocratic countries don’t affect the daily lives of Americans . . . eh, sometimes they do!

What Happens to a Unity Ticket the Morning After?

This morning, New York Times columnist Thomas Friedman writes that American democracy is so endangered, the country could best be saved by a “unity ticket” in 2024 of Joe Biden and Liz Cheney, or Kamala Harris and Mitt Romney.

This is one more strong piece of evidence that it is long past time for a system of mandatory drug testing for newspaper columnists.

Let’s assume the Biden-Cheney or Harris-Romney unity ticket “saves democracy” and prevents Donald Trump from being elected in 2024. Then what? If the then-83-year-old Joe Biden passes away shortly after his second inauguration, how do Democrats feel about President Liz Cheney? (Hey, I would be pleased with the new president, but I figure most Democrats would not.) What happens when President Kamala Harris tries to govern with a vice president in Mitt Romney who opposes 80 to 90 percent of her policy goals and thinks they’re all terrible ideas that will hurt the country? Would the vice president give the rebuttal to the State of the Union address?

ADDENDUM: The good folks at the Daily Mail — the highest-circulation U.K. paper! — asked me to weigh in on how the Omicron wave is different from what we’ve experienced in previous variants and stage something of an intervention for those who, after two years, can’t let go of their sense of fear and panic.