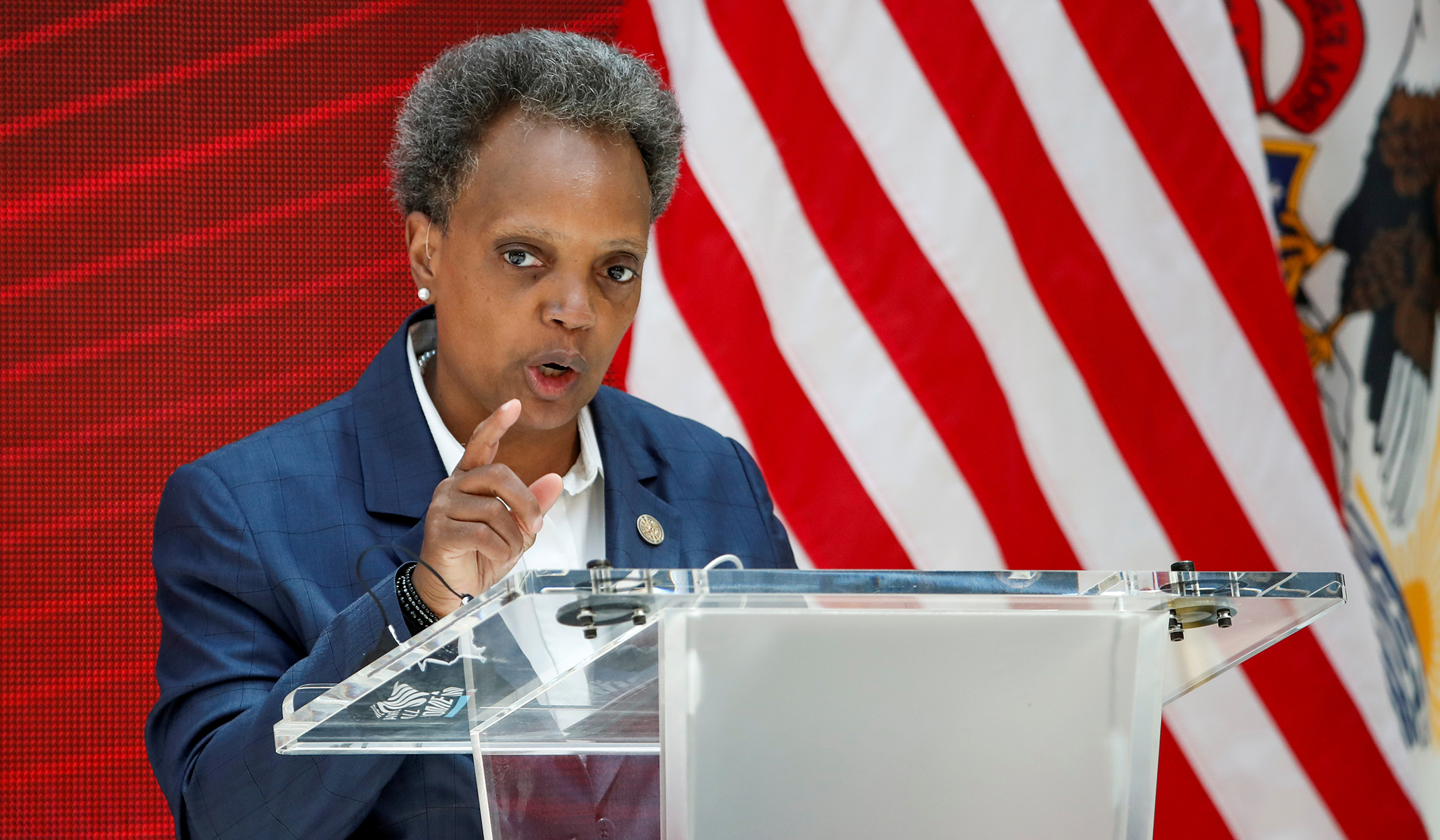 The president of the Chicago Teachers Union blasted Mayor Lori Lightfoot on Monday as being “relentlessly stupid” and holding up negotiations between teachers and Chicago Public Schools as students missed a fourth day of classes because of a dispute over Covid-19 safety measures.

Schools in the district closed for a fourth day on Monday after the Chicago Teachers Union voted last week to strike against in-person schooling and conduct remote instruction until extra Covid-19 safety measures are in place, including a requirement that all students present a negative Covid test before returning to in-person learning. The district has chosen to repeatedly cancel class, reportedly locking teachers out of online learning platforms instead of giving in to the union’s demands for remote learning. The district has accused the union of performing an illegal work stoppage.

Sharkey accused the mayor of holding up negotiations.

“We have said all along there are three elements to a potential settlement: The question of remote instruction, the question of widespread testing and the question of a metric that would allow individual schools to flip to remote if there is an outbreak at the school,” he said.

“We don’t like bullies, we don’t like tyrants,” Sharkey added. “We’re not going to be bullied or pushed into a corner. So that’s where we’re at right now.”

Sharkey’s comments came one day after Chicago Public Schools underscored its commitment to reaching an agreement with the union “as soon as possible.”

Still, Lightfoot slammed the union on Sunday morning during an appearance on NBC’s Meet the Press.

“Fundamentally what we cannot do is abandon the science. We know that the safest place for kids to be is in-person learning in schools,” Lightfoot said. “And we’ve spent hundreds of millions of dollars to make our schools safe. They are safe. We’ve got the data to demonstrate that. We’ve got to get the teacher’s union to get real and get serious about getting back into in-person learning.”

The district filed a complaint with the Illinois Educational Labor Relations Board last week, arguing that the union’s actions are an illegal work stoppage. District leaders requested a cease-and-desist order and a ban on future illegal strikes.

Meanwhile, the union also filed a complaint. The CTU argues that members have a right to refuse “hazardous work assignments” and accused the district of causing an illegal lockout by canceling classes and prohibiting teachers from accessing remote-teaching platforms.

Despite the union’s concerns, Chicago Department of Public Health commissioner Dr. Allison Arwady has reassured schools that the virus poses minimal risk to children and that school closures are unreasonable, especially as the district undertakes plans to expand its Covid-testing program.

Students in the district have been affected by conflicts between the district and the union for years; the teachers union last walked off the job in 2012 and 2019 when talks with the city broke down, according to the Associated Press. The outlet notes that there was also a one-day work stoppage in 2016 over claimed unfair labor practices.