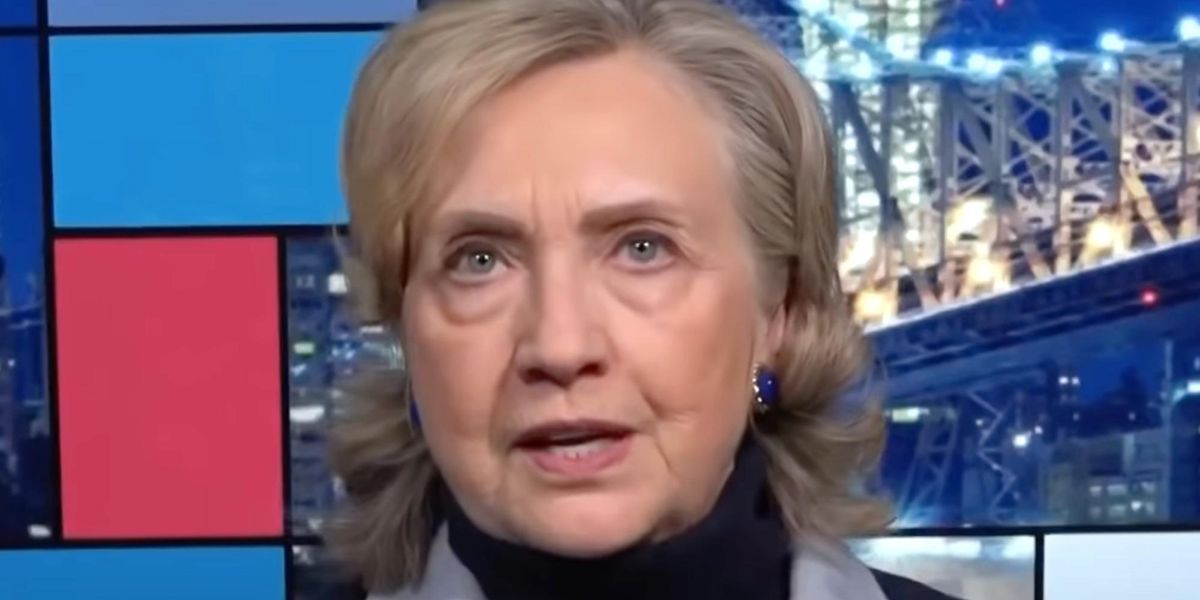 Former presidential candidate Hillary Clinton tried to explain away President Joe Biden’s poor polling by accusing Americans of not appreciating what Biden has done for them, and blamed social media.

Clinton made the comments while a guest on Rachel Maddow’s MSNBC show Tuesday evening.

“You know, democracy is messy. You know, a lot of people got, oh I think, kind of frustrated looking at the messy process of legislation,” said Clinton.

“And they didn’t really appreciate that, within a year, the Biden administration has passed two major pieces of legislation through both the House and the Senate, they passed another major piece through the House that will be soon be in the Senate,” she continued.

“By any measure those are extraordinary accomplishments and they really will help many millions of Americans with healthcare and prescription drug prices, as well as climate change and so much else,” said Clinton.

“But because of the way we are getting our information today,” she concluded, “and because of the lack of gatekeepers and people who have a historic perspective who can help us understand what we are seeing, there is a real vulnerability in the electorate to the kind of demagoguery and disinformation that, unfortunately, the other side is really good at exploiting.”

Both Maddow and Clinton accused Republicans of undermining the results of fair elections and calling for violence as a political solution in the interview.

Biden’s poll numbers have suffered greatly after a cascade of damaging incidents plaguing his administration. Among the worst were the disastrous retreat from Afghanistan, the painful cost of high inflation, and the crisis of illegal immigration at the border.

One poll from October found that only 38% of Americans thought Biden deserved a positive job rating.

Here’s the video of Clinton’s comments: