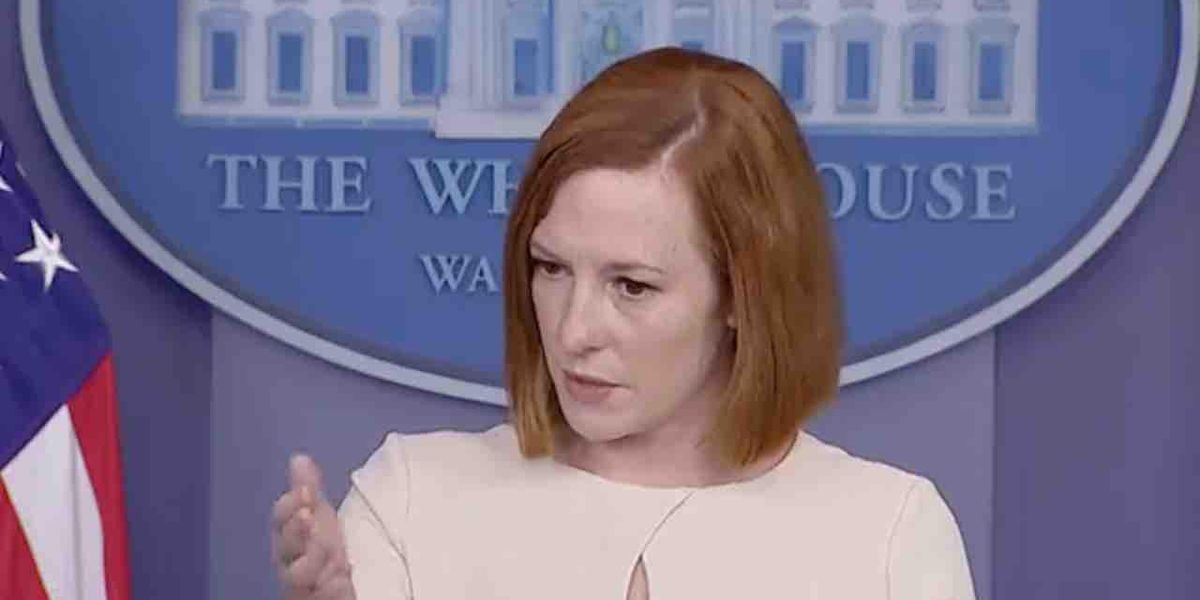 Part of a White House press secretary’s job is using spin and deflection in order to avoid answering uncomfortable questions.

Jen Psaki is as good at it as any of her predecessors, and given President Joe Biden’s failures and myriad of problems throughout his first year in office, she’s gotten quite a bit of practice.

And the Psaki spin-fest was revved up into high gear Tuesday when Fox News’ Peter Doocy asked if Biden will “ever apologize to the acquitted Kenosha shooter Kyle Rittenhouse for suggesting online and on TV that he is a white supremacist?”

How did Psaki answer?

Well, let’s be clear what we’re talking about here. This is about a campaign video released last year that used President Trump’s own words during a debate as he refused to condemn white supremacists and militia groups. And President Trump, as we know from history and as many of you covered, didn’t just refuse to condemn militia groups on the debate stage, he actively encouraged them throughout his presidency. So … what we’ve seen are the tragic consequences of that when people think it’s OK to take the law into their own hands instead of allowing law enforcement to do its job. And the president believes in condemning hatred, division, and violence. That’s exactly what was done in that video.

By the way, Biden’s campaign video she mentioned uses an image of Rittenhouse carrying his rifle as audio of Fox News’ Chris Wallace, the debate moderator, runs over top asking then-President Donald Trump if he condemns white supremacists and militia groups. Here’s the tweet:

Thereu2019s no other way to put it: the President of the United States refused to disavow white supremacists on the debate stage last night.pic.twitter.com/Q3VZTW1vUV

“There’s no other way to put it: the President of the United States refused to disavow white supremacists on the debate stage last night,” the tweet’s accompanying text stated.

Doocy tried pushing back, arguing that Biden elsewhere incorrectly stated that Rittenhouse was part of a militia group and stating that Rittenhouse accused Biden of “actual malice” in his commentary.

But Psaki kept the spin going and turned her finger-pointing to the “Proud Boys and groups that [Rittenhouse] has posed in photos with. But beyond that I’ll leave it to his comments around the verdict.”

.@pdoocy: “Will the president ever apologize the Kyle Rittenhouse for suggesting that he is a white supremacist?”nnJen Psaki: It’s Trump’s fault.pic.twitter.com/0Uw0Oig1n6

Indeed, Biden’s comments following Rittenhouse’s trial didn’t exactly come across as even-handed, as the president said he was “angry and concerned” over the not-guilty verdict. On Friday he also “declined to share whether he stands by an earlier suggestion that Rittenhouse is a white supremacist,” Axios reported.

At the same time support has exploded for Rittenhouse to sue Biden, other elected officials, and media outlets for defamation.

How did folks react to Psaki’s spin moves?

Commenters on Twitter were not fooled by the press secretary’s words: