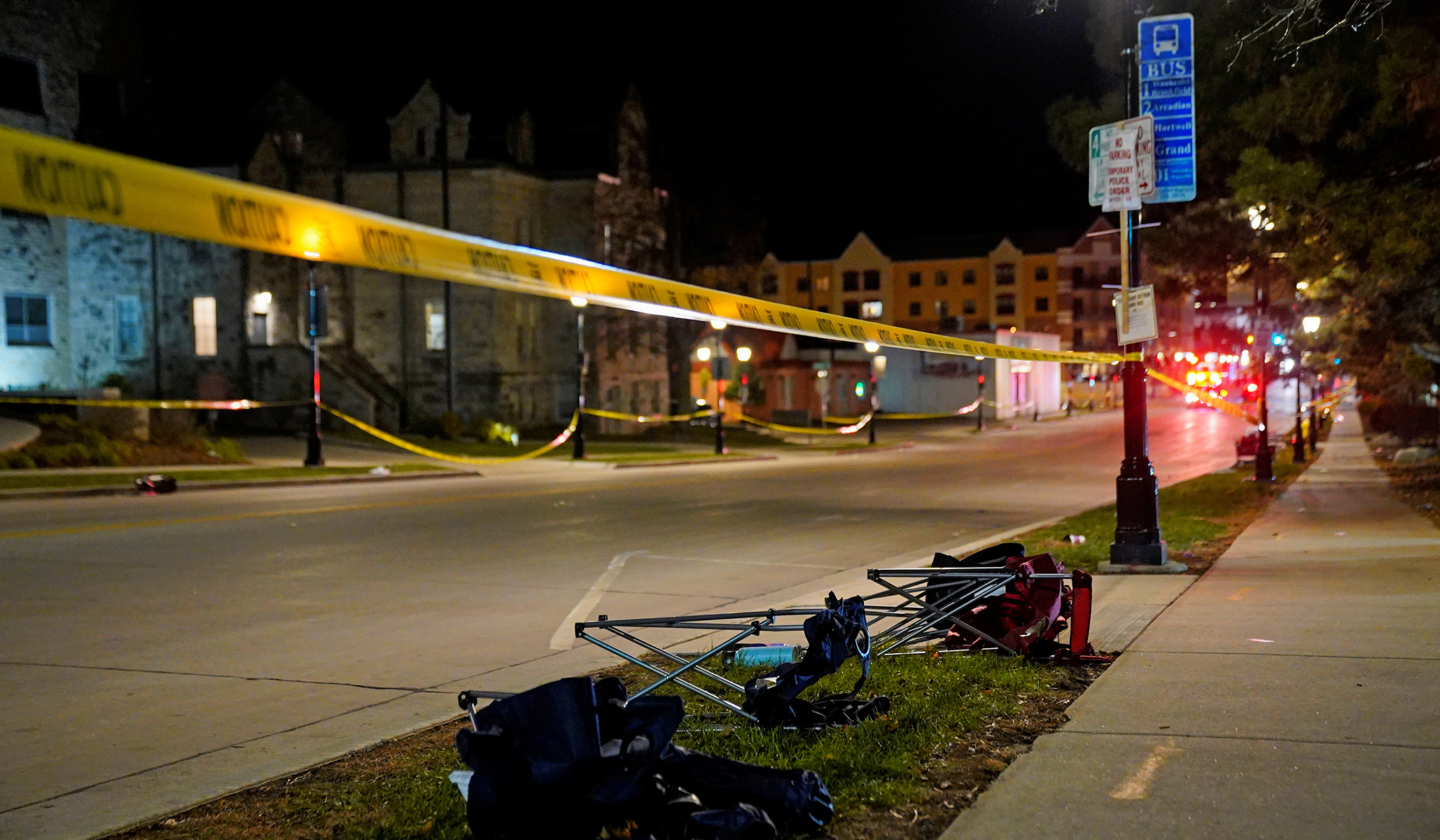 A vehicle smashed into a crowd of people attending a Christmas parade in Wisconsin early Sunday evening, killing five and wounding over 40 people.

The horrific incident happened shortly after 4:40 p.m. local time in Waukesha, Wis. At least a dozen children were reportedly among the injured. Emergency personnel rushed to respond to victims, escorting them into ambulances. People sought shelter in nearby shops amid the mayhem. Police quickly flooded to the scene to investigate.

Darrell E. Brooks, a black male in his late 30s, is currently the suspect in custody. Brooks has a long criminal history including charges of domestic abuse, battery, disorderly conduct, recklessly endangering safety, bail-jumping felony, and resisting or obstructing an officer, according to the Wisconsin courts website.

In 2016, Brooks re-posted a quote in 2016 on a now-deactivated Facebook account that read: “Run them over. Keep traffic flowing & don’t slow down for any of these idiots . . . ,” according to independent journalist Andy Ngo. Other anti-police content was also featured on Brooks’s feed. As for his profession, Brooks is reportedly a rapper, according to a music video that Ngo uncovered.

“The Waukesha Christmas parade was taking place when a red SUV drove through the barricades west bound heading down Main Street. We’re no longer looking for a suspect vehicle. We do have a person of interest in custody at the moment,” Police Chief Daniel Thompson commented during a press briefing Sunday.

“Today we experienced a horrible, senseless tragedy,” Waukesha mayor Shawn Reilly said at a Sunday night press briefing. “A parade is a celebration for our community. Today our community faced horror and tragedy in what should have been a community celebration.”

Bystanders heard gunfire as the SUV barreled through the crowd and believed the driver had opened fire. However, the police later confirmed that they shot at the vehicle in an attempt to disable it. Thompson added that no attendees were hit by the gun fire.

“At the Waukesha Holiday parade and a car just broke through the police line, plowing through pedestrians and firing rounds out the window,” Zach Heisler tweeted. “Family and I are safe. Happened 20 feet in front of us.”

Some parade participants were among the victims, a handful of witnesses stated. One person reported that the vehicle ran over “several elderly women,” members of the local performing group “the Dancing Grannies,” who made an appearance in the parade.

Another witness corroborated on the phone that at least four of the Dancing Grannies lay on the ground immobilized after they were hit. Another report said that one of the dance-group members flew over the hood of the car on impact, according to Courtney Sisk of WISN.

Rand Paul verbally backhands Anthony Fauci after Biden health czar claimed his critics are “anti-science”
Rep. Rashida Tlaib urges Biden to cancel student loan debt but gets called out for glaring issues with her argument: ‘Your debts are your responsibility’
Red states dominate index of fiscal, regulatory, and personal freedoms, while blue states are the least free
Senate Democrats Try to Intimidate the Supreme Court, but the Threats Are Empty
Atomic-Veterans Survivors’ Benefit Program Expires in Seven Months