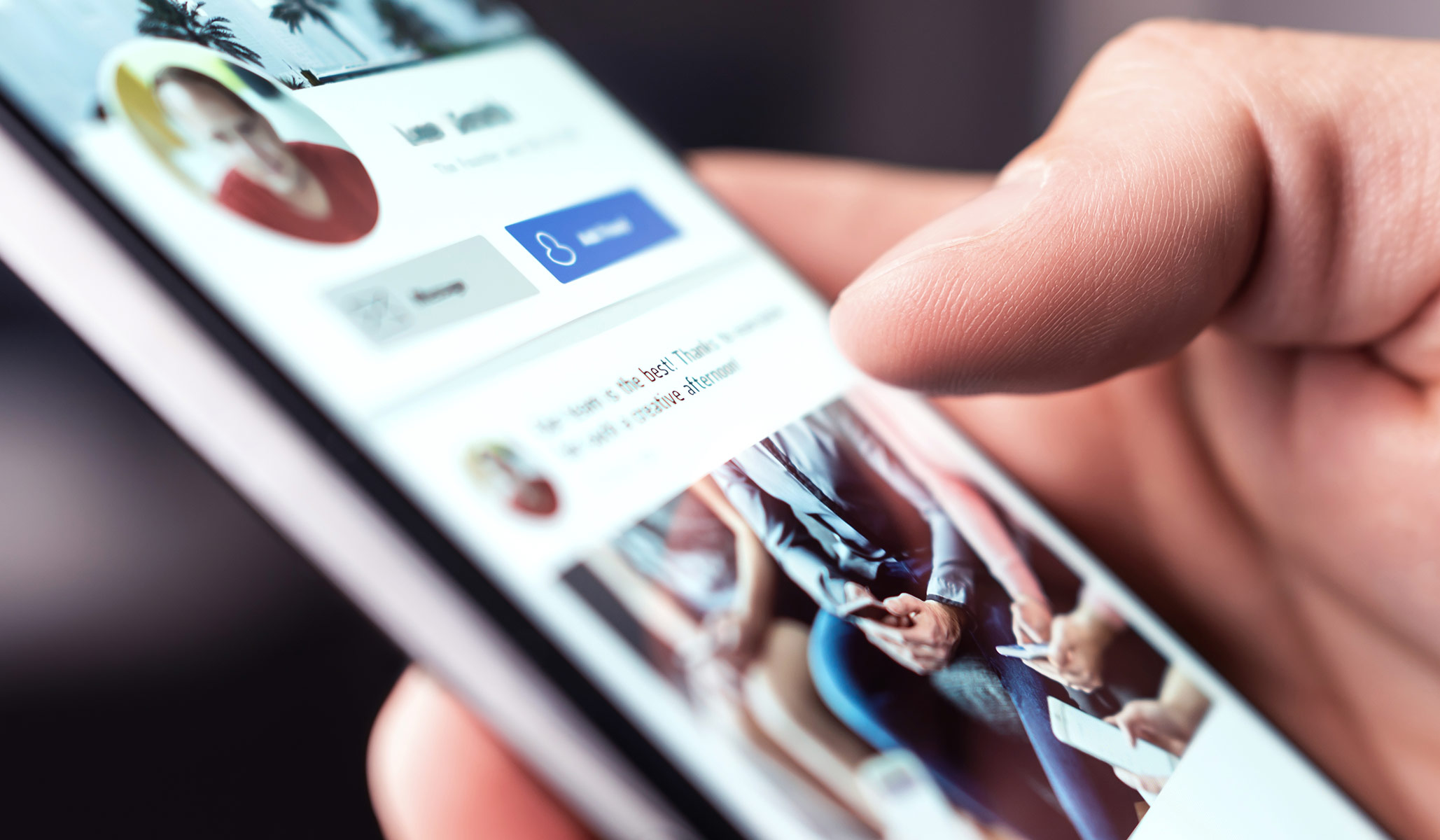 POLITICS & POLICY
Contrary to what some conservatives have argued, there are prudent — and principled — ways to secure more robust free-speech protections for social-media users.

While Rand Paul has been an outspoken critic of Big Tech’s content-moderation practices — and has personally been at the center of the issue on more than one occasion — the libertarian-leaning senator has consistently resisted calls to intervene. “Private companies have the right to ban me if they want to,” he maintained in response to a week-long ban on his ability to post content to his official Senate YouTube account. He reiterated that position last week, telling reporters that Facebook “is a private entity” and that “people who don’t like them” should simply “quit using them.”

Senator Paul is hardly alone in this position. In spite of Big Tech’s increasingly brazen politicization of the American public’s access to information, many thoughtful conservatives argue that legislative reforms would betray small-government principles. Writing on the recent Senate hearings surrounding the Facebook whistleblower Frances Haugen, Andy McCarthy castigated “the Bolshevik Left and the dipsy populist Right” for a regulation-happy tech policy that would lead to a world “in which the confines of acceptable speech will be determined by government diktat.” McCarthy, like Paul, is rightly suspicious of government planners — and defensive of private business. “When the government finally sweeps away the last vestiges of free enterprise, you can thank what now passes for the Right, which is mindlessly morphing into the statist Left,” he writes.

To be sure, some of the populist Right’s legislative schemes to take on social-media censorship — and almost all of the progressive Left’s proposals to combat “disinformation” — are short-sighted, even “asinine,” to use McCarthy’s description. And as Paul pointed out last week, overzealous government meddling in the affairs of private-business owners is often a risky constitutional proposition. But I would respectfully submit that these arguments are the wrong way to think about the relationship between public policy and Big Tech. Contrary to concerns voiced by conservatives like Paul and McCarthy, the most serious and sustainable solution to the issues plaguing Silicon Valley — reforming the liability shield afforded to powerful Internet platforms under Section 230 of the 1996 Communications Decency Act to require more free-speech protections for users — is not at all inconsistent with the principle of limited government.

Section 230 protects Internet platforms from being held liable for the content that individual users post on their forum, holding that “no provider or user of an interactive computer service shall be treated as the publisher or speaker of any information provided by another information content provider.” But in so doing, it also allows those platforms to police and censor content with impunity — so long as they take those actions within the nebulous confines of “good faith.” Clause (c)(2) of the law reads:

(A) any action voluntarily taken in good faith to restrict access to or availability of material that the provider or user considers to be obscene, lewd, lascivious, filthy, excessively violent, harassing, or otherwise objectionable, whether or not such material is constitutionally protected; or

(B) any action taken to enable or make available to information content providers or others the technical means to restrict access to material described in paragraph (1).

This immunity is not a natural right, nor even a widely observed civil one — it is a special, targeted set of protections that legislators saw fit to extend to one specific industry, presumably operating from the assumption that such measures would redound to the benefit of American society writ large. In return, Congress asked for . . . well, not much at all: Big Tech has been more or less free to do as it pleases with the vast influence over the public square that it gained in the wake of Section 230. When Twitter suppressed a now-confirmed New York Post story about damning information on Hunter Biden’s laptop in the final weeks of the 2020 presidential campaign, the best Republicans could do was pound the table and gesticulate angrily.

Section 230 — a provision written in a year when webpages took an average of 30 seconds to load — effectively outsources censorship to monopolistic private actors, affording companies like Facebook and Twitter a sweetheart deal: It deputizes them to act as arbiters of the public square without any of the constitutional strings that attach to state entities under the First Amendment. As Columbia Law School professor Philip Hamburger argues in the Wall Street Journal, with Section 230, “Congress makes explicit that it is immunizing companies from liability for speech restrictions that would be unconstitutional if lawmakers themselves imposed them.”

In its own words, Section 230 protects social-media companies from censoring content “whether or not such material is constitutionally protected.” But the Anglo-American legal tradition has long recognized that, as expressed in the summation of Norwood v. Harrison (1973), “it is axiomatic that a state may not induce, encourage or promote private persons to accomplish what it is constitutionally forbidden to accomplish.” Expanding on this principle, Hamburger writes:

This constitutional concern doesn’t extend to ordinary websites that moderate commentary and comments; such controls are their right not only under Section 230 but also probably under the First Amendment. Instead, the danger lies in the statutory protection for massive companies that are akin to common carriers and that function as public forums. The First Amendment protects Americans even in privately owned public forums, such as company towns, and the law ordinarily obliges common carriers to serve all customers on terms that are fair, reasonable and nondiscriminatory. Here, however, it is the reverse. Being unable to impose the full breadth of Section 230’s censorship, Congress protects the companies so they can do it.

In fact, Section 230 already does recognize social-media platforms as a kind of common carrier. In shielding them from designation as “the publisher or speaker of any information provided by another information content provider” — and thus immunizing them from the liabilities that publishers are vulnerable to — the statute effectively recognizes social-media platforms’ roles as de facto public utilities, without securing any of the corresponding antidiscrimination protections that normally accompany the classification. Hamburger is not the only conservative to question that arrangement: In a concurring opinion to this April’s Joseph Biden v. Knight First Amendment Institute at Columbia University, Justice Clarence Thomas argued that “digital platforms that hold themselves out to the public resemble traditional common carriers,” particularly in the context of “digital platforms that have dominant market share.” And “if the analogy between common carriers and digital platforms is correct,” Thomas wrote, “then an answer may arise for dissatisfied platform users who would appreciate not being blocked: laws that restrict the platform’s right to exclude.”

Libertarians like Senator Paul well know the dangers of collusion between big government and big business. Paul himself seemed to acknowledge as much in his August statement on YouTube’s censorship of his videos, writing that “YouTube is acting as an arm of government and censoring their users for contradicting the government.”

But if YouTube is acting as an arm of the government, then surely it should not have the unlimited “right to ban me if they want to,” as Paul argued in that same statement. There is no conservative principle that dictates that Big Tech is entitled to the special treatment it enjoys under Section 230. No clause in the Constitution dictates that Congress owes tech companies a liability shield without asking for anything in return. And there is nothing coercive or authoritarian about requiring beneficiaries of such immunities to observe a basic commitment to free and open debate; if such requirements are too onerous or objectionable, platforms can, and should be welcome to, opt out of Section 230–style protections.

Yet many on the right have come to see efforts at reforming Big Tech as an unconscionable betrayal of conservative principles. “The government is not going to remedy what’s wrong with our culture,” McCarthy writes. Perhaps not; but could government policy be contributing to what’s wrong with our culture? In the case of Section 230, Big Tech’s “dominance is partly the product of public privileging,” say Hamburger and Clare Morell of the Ethics and Public Policy Center. In that sense, “tech dominance over speech is not only private enterprise. It is also the result of enterprising capture of government.”

This is the central issue with the conservative resistance to something like Section 230 reform. Such arguments usually begin at the reasonable premise that state-led central planning is bad, and that, in McCarthy’s words, “Washington tinkering will just strangle any would-be innovators while locking in Facebook’s dominance.” The difficulty here is that Washington tinkering already is locking in Facebook’s dominance; provisions like Section 230 are the definition of the government’s picking winners and losers. Insofar as tech executives such as Mark Zuckerberg have proposed Section 230 reforms to impose more stringent content-moderation requirements, it is almost certainly a calculated effort to get out ahead of what many in Silicon Valley see as the inevitability of regulation. It’s for much the same reason that Exxon Mobil came out in support of a carbon tax earlier this year: If legislative intervention is certain, it is better to be at the table than on the menu.

Section 230 reform, then, is not a substantive expansion of the federal government’s regulatory power. Such arguments misunderstand the nature of U.S. tech policy as it stands today. McCarthy argues that the “downsides” to large social-media companies like Facebook are “societal ills that Facebook inevitably reflects but does not cause. Rather than fixing Facebook, the Senate might think about how we fix those — which would mainly involve Washington’s minding its own business (business that only government can do and that the government we have is not very good at) and refraining from its suffocation of community life.” But that’s the problem: Washington isn’t minding its business.

A true free-market solution to Big Tech, consistent with the hands-off approach that conservatives like McCarthy and Paul desire, would involve narrowing Section 230’s liability protections or even repealing the provision altogether. Those are measures that libertarian organizations such as the Mises Institute have endorsed, reasoning that such reforms “would actually reduce government intervention” rather than expand it. But if one disagrees with that approach, as many do — Niall Ferguson writes in The Spectator, “without some kind of First Amendment for the internet, repeal [of 230] would probably just have restricted free speech further” — the next-best option is the kind of common-carrier designation that has been applied to communications mediums in the past. Far from expanding government power, such a reform would secure a wider sphere of political liberty against the censorious encroachment of a state-sanctioned actor. And it would be entirely consistent with first principles. Republicans should act accordingly.