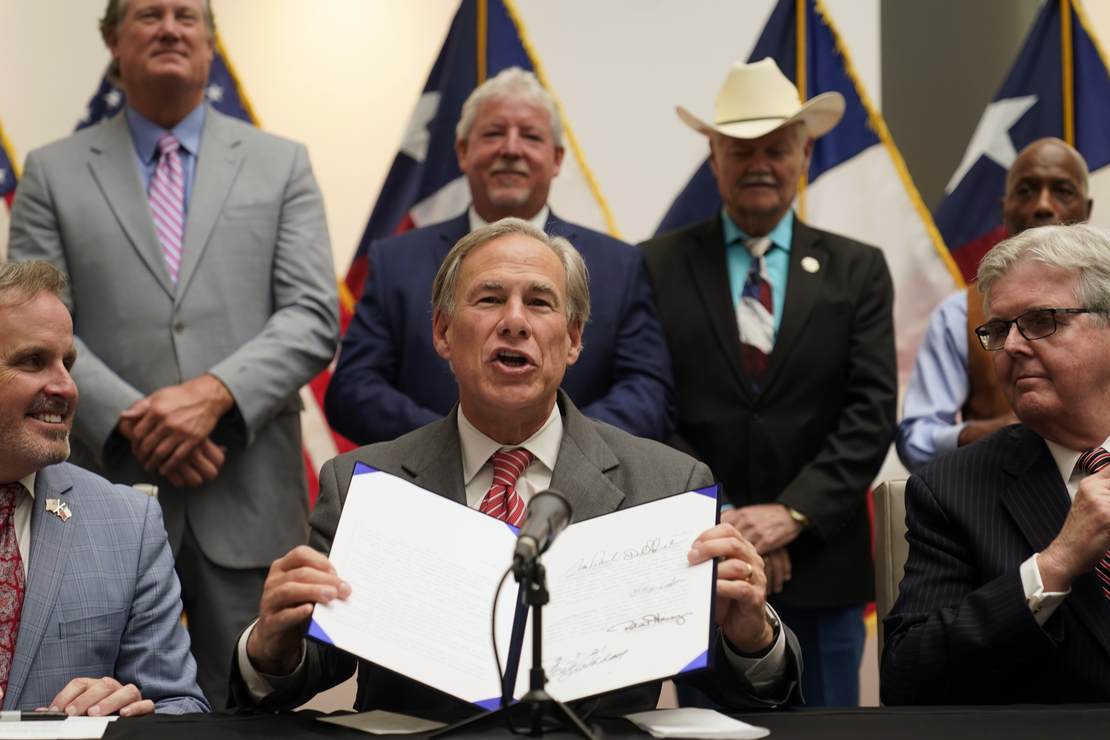 Texas Gov. Greg Abbott issued Executive Order GA-40 on Monday which bans any entity in the state of Texas from mandating the COVID-19 vaccine.

“No entity in Texas can compel receipt of a COVID-19 vaccine by any individual, including an employee or a consumer, who objects to such vaccination for any reason of personal conscience, based on a religious belief, or for medical reasons, including prior recovery from COVID-19. I hereby suspend all relevant statutes to the extent necessary to enforce this prohibition,” the order states.

“The COVID-19 vaccine is safe, effective, & our best defense against the virus, but should always remain voluntary & never forced,” the governor stated in a tweet.

I issued an Executive Order prohibiting vaccine mandates by ANY entity in Texas.

I also added the issue to the Special Session agenda.

The COVID-19 vaccine is safe, effective, & our best defense against the virus, but should always remain voluntary & never forced. pic.twitter.com/8hHHLyebCk

The message is clear: The vaccine is good. Take it or don’t. This has not stopped the left from losing their minds.

Chris Cillizza, political commentator and editor-at-large at CNN, has called the order a “massive government overreach.”

How can Abbott justify what would be seen as a massive government overreach if a Democratic governor had done it?https://t.co/lcUpYsR9Re

“Aren’t Republicans like Abbott in the party that holds, as one of their core beliefs, that government should not intrude in individuals’ lives? That the government that governs least governs best?” Cillizza says. “And following that logic, Abbott telling private companies what to do is, literally, the exact opposite of that governing philosophy, right? Right?”

Wrong! The executive order does not ban the vaccine in Texas, it only bans the vaccine mandate. Government overreach would be if the governor did not allow for vaccines at all, but as Abbott clearly says, the choice to vaccinate should “remain voluntary and never forced.”

Which is the exact opposite of the argument being made by Cillizza.

Andy Slavitt, the former Biden White House senior advisor for the COVID response and past head of Medicare/Medicaid for President Obama, also took to Twitter.

“Abbott cares about his radical ideology, but nothing about Texans. Gov. Greg Abbott Bars Vaccine Mandates in Texas,” Slavitt states.

Abbott cares about his radical ideology, but nothing about Texans.

Interesting. A literal mandate: totally fine. Giving the choice back to sovereign individuals: radical ideology. It is a little hard to take the criticism seriously when Slavitt was, at one point, a face mask salesmen, according to Axios.

This awesome mask / sponsor we’ve been wearing & talking about on #InTheBubble has given us permission to give away 100 on Twitter! Antiviral Technology, washable and reusable. In the comments by 8/21 just mention your 3 fave episodes+follow @livinguard if you want to qualify pic.twitter.com/guQJpPaj4v

In a free country such as the United States, citizens should have the right to choose whether or not to inject a foreign substance into their body, and one should not be compelled to action by any other individual, entity, or government. Being compelled to action is precisely what makes the vaccine mandate unconstitutional, as it is a direct violation of the natural rights that our Constitution was written to protect. The Texas executive order does not ban the vaccine, it simply bans anyone else from making the choice for others.