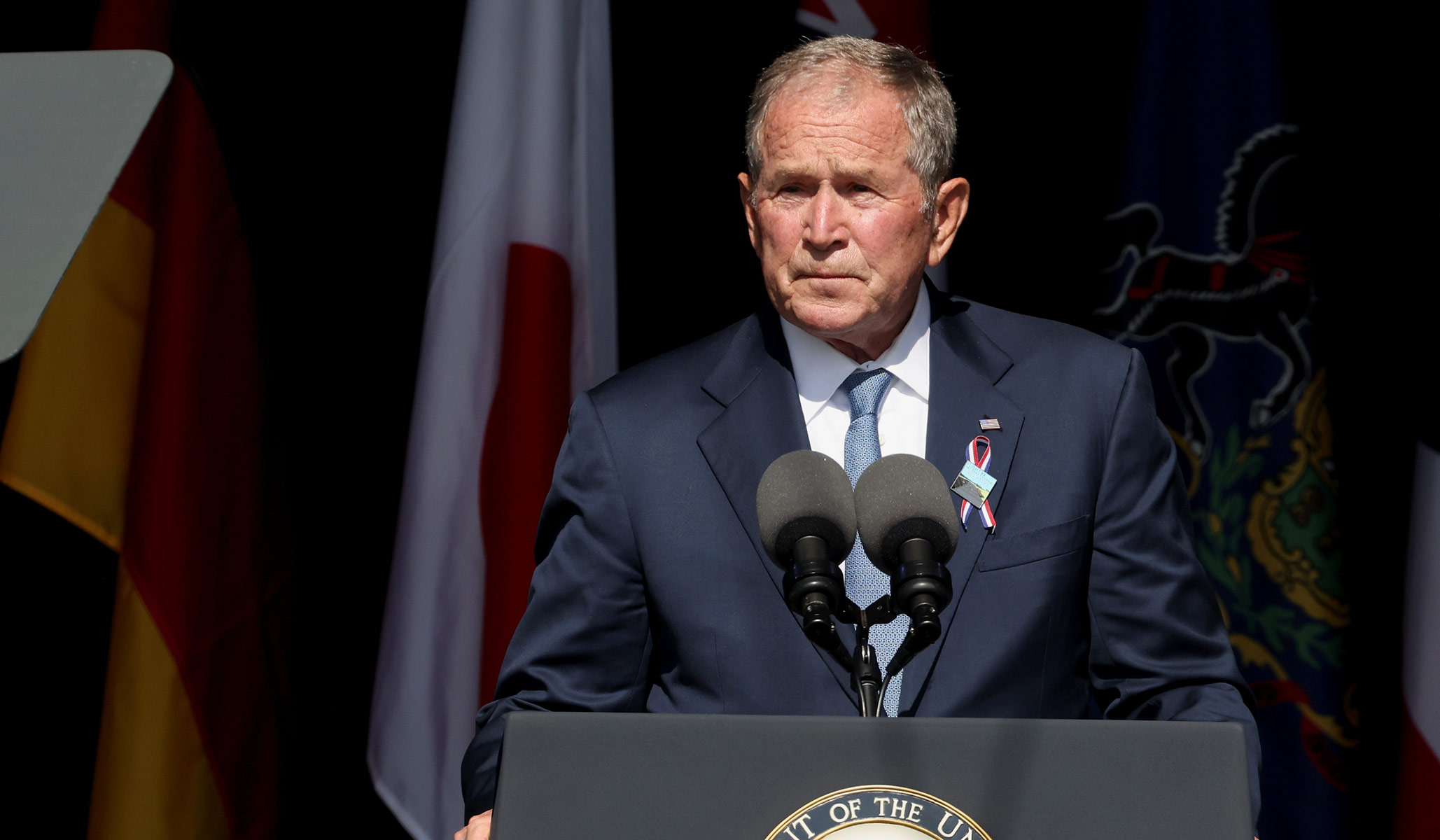 Today is the 20th anniversary of former president Bush’s visit to a mosque, just six days after the 9/11 attacks. His visit was an act of statesmanship and moral leadership. It should be remembered.

In the days immediately following the terrorist attacks, the president was concerned about reports of bias against Muslims, including harassment. He wanted it stopped. Bush did not mince words:

Those who feel like they can intimidate our fellow citizens to take out their anger don’t represent the best of America, they represent the worst of humankind, and they should be ashamed of that kind of behavior.

You could see a hint of sadness on Bush’s face, and his resolve: “That should not and that will not stand in America.”

In part because of his deep religious faith and commitment to pluralism, Bush was repulsed by religious bigotry, and demonstrated respect for the Islamic faith. On September 17, 2001, he said:

The face of terror is not the true faith of Islam.  That’s not what Islam is all about.  Islam is peace.  These terrorists don’t represent peace.  They represent evil and war.

Bush understood the ability of a president to shape public attitudes. He wanted to make clear that American Muslims weren’t to be made an enemy. He instinctively understood that his role was to unite the country — each and every citizen — and certainly not to stoke divisions:

America counts millions of Muslims amongst our citizens, and Muslims make an incredibly valuable contribution to our country.  Muslims are doctors, lawyers, law professors, members of the military, entrepreneurs, shopkeepers, moms and dads.  And they need to be treated with respect.  In our anger and emotion, our fellow Americans must treat each other with respect.

If Bush had a different approach to presidential leadership, our country could have been much more divided on religious, racial, and ethnic lines.

The United States has been commemorating the terrorist attacks of September 11, 2001 — remembering the horror, honoring the fallen, and celebrating the everyday men and women who became heroes on that terrible day.

We should include in our remembrance an appreciation of Bush’s leadership on September 17, 2001. America would do well never to forget his message, so central to the heart of the American ideal, and never to forget the importance of a president calling us to our best selves.

DUMB: Netflix Sitcom ‘Pretty Smart’ Complains World Is a ‘Straight Space’
24/7 Port Operations a Step in the Right Direction
Joe Biden’s Court-Packing Commission Tries to Have it Both Ways
Editor’s Pick: Townhall on Pelosi Telling Press to Sell Biden Agenda
Is Joe Manchin the Only Democrat Who Can Read Polls?