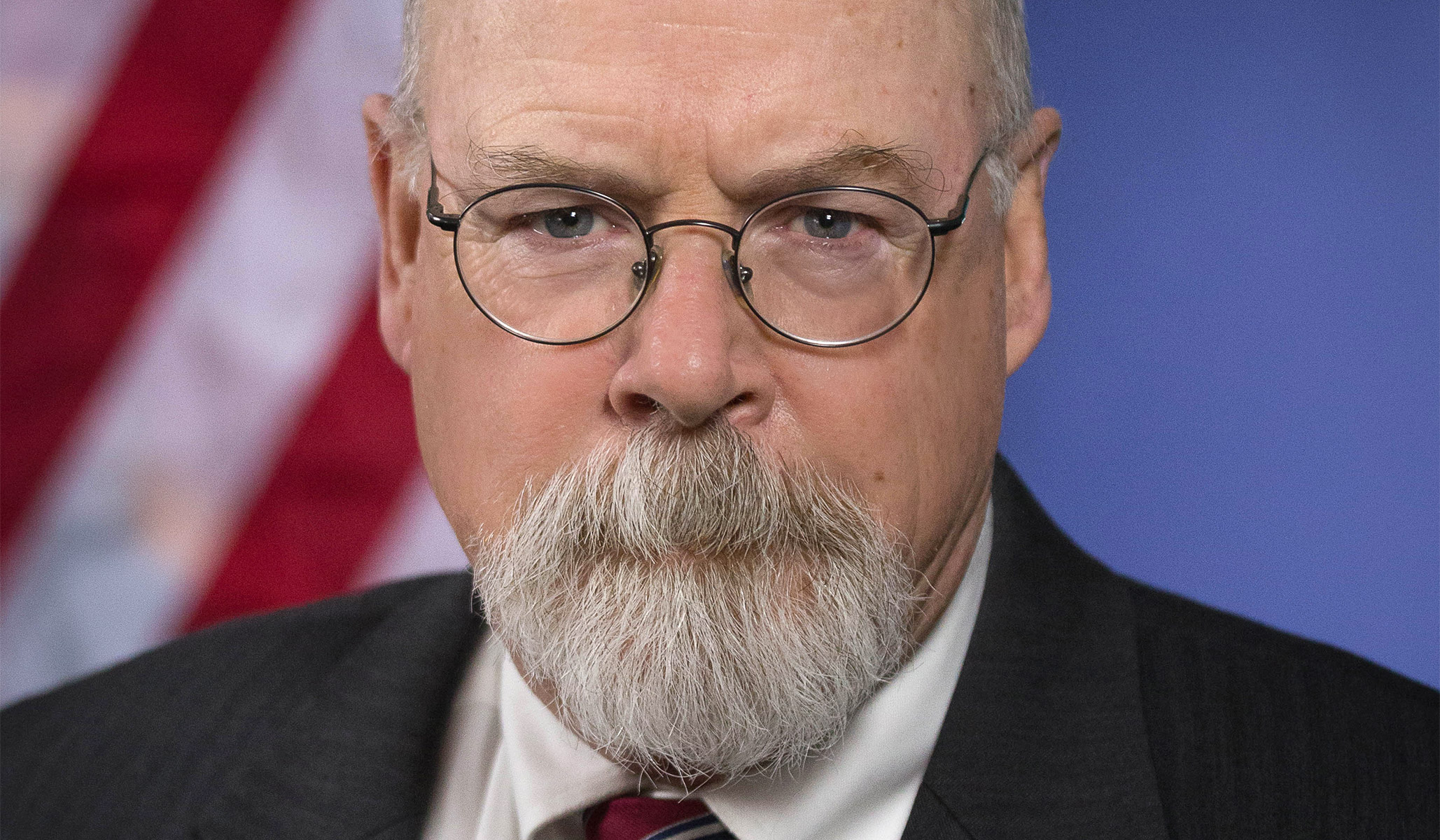 John Durham, the special counsel tapped by the Trump administration to audit the Russia investigation, is expected to direct a grand jury to indict a cybersecurity attorney for knowingly making a false statement to the FBI.

Durham is reportedly investigating whether Michael Sussmann, a former federal prosecutor and a lawyer at Perkins Coie, lied to the FBI regarding who — if anyone — he was representing when he tipped off the Bureau about communications between the Trump Organization and the Kremlin-connected Russian bank Alfa Bank.

The crux of the charge against Sussmann is that he may have lied to top FBI lawyer James Baker in a meeting on September 19, 2016, anonymous sources familiar with the ordeal told the New York Times. In that meeting, Sussmann presented data and analysis from cybersecurity researchers who suspected the Trump Organization was using a secret server to communicate with Alfa Bank.

The rumor of a secret server, which was fanned by Hillary Clinton and sympathizers in the press, was ultimately dismissed and never appeared in Special Counsel Robert Mueller’s final report.

During the course of his now years-long investigation, Durham discovered discrepancies between Sussman’s congressional testimony and the claims he made during his September interview with Baker. During their discussion, Baker claims Sussman told him he wasn’t working on the Alfa Bank project for any specific client, contradicting his 2017 testimony before Congress in which he said he was working for an unnamed cybersecurity expert.

In addition, Perkins Coie’s internal billing records, which Durham obtained, suggest something potentially more nefarious. Sussmann billed the hours he spent on the Alfa Bank probe to Hillary Clinton’s 2016 campaign, suggesting he was fanning the flames of the Russia probe on behalf of the former presidential candidate, another finding that didn’t jibe with his 2017 deposition.

Facing a looming indictment, Sussmann’s lawyers have reiterated that he was telling the truth when he said he was working for a cyber security expert and have refuted the Clinton allegation. They clarified that the billing records don’t tell the whole story. They argue that Sussmann grouped his Alfa Bank work with the Clinton campaign for mere documentation purposes.

Despite the inconsistencies in Sussmann’s statements regarding the existence or identity of his client in 2016, the cybersecurity expert’s new lawyer Steven Terrell attempted to quiet the speculation, confirming that his client did in fact hire Sussmann for legal services.

“My client is an apolitical cybersecurity expert with a history of public service who felt duty bound to share with law enforcement sensitive information provided to him by D.N.S. experts,” Tyrrell told the Times.

“He sought legal advice from Michael Sussmann who had advised him on unrelated matters in the past and Mr. Sussmann shared that information with the F.B.I. on his behalf. He did not know Mr. Sussmann’s law firm had a relationship with the Clinton campaign and was simply doing the right thing,” he affirmed.

Republicans have accused Democratic operatives and collaborators, such as Sussmann, of fanning the flames of Russiagate to hurt the Trump campaign. Then-special counsel Robert Mueller’s 2019 report concluded that the Trump campaign did not conspire with the Russian regime to secure his election over Clinton’s.