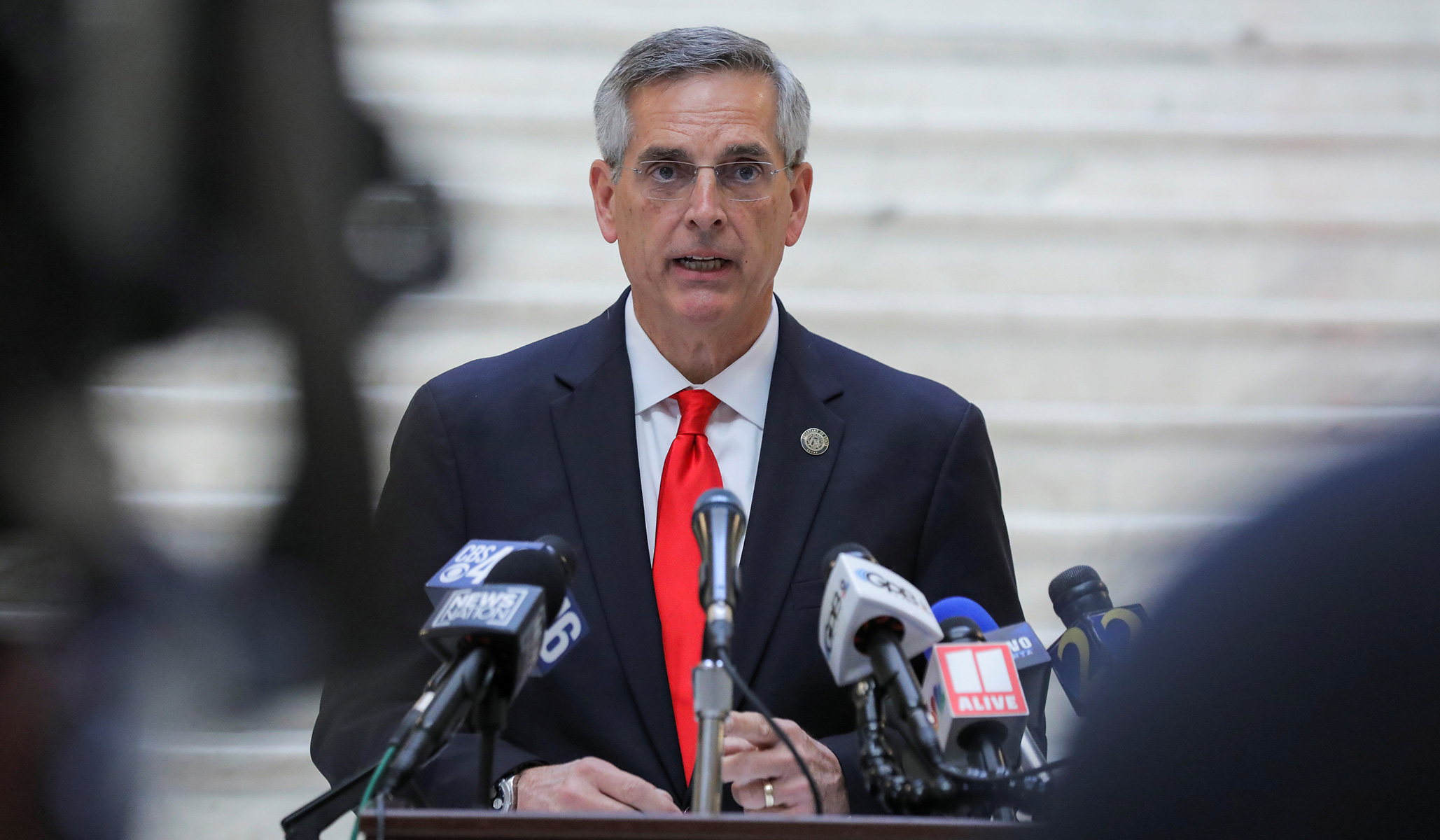 Georgia secretary of state Brad Raffensperger is sounding the alarm on the Fulton County Board of Commissioners’ consideration of Cathy Woolard to serve as the next chair of the county elections board.

Woolard, formerly the president of the Atlanta city council, a candidate for mayor, and most recently, a lobbyist on behalf of Fair Fight Action — the elections advocacy group headed by Stacey Abrams — would be a controversial pick. In addition to her long record as a partisan Democrat, Woolard has also lobbied for Planned Parenthood. Raffensperger calls Fair Fight “a very far-left activist group” with a history of filing frivolous lawsuits to undermine election integrity.

Woolard has promoted Fair Fight social media often, and amplified the unsubstantiated assertion that the 2018 election in Georgia was plagued by “rampant voter suppression.”

Raffensperger, who came under fire from the right in 2020 after he refused to indulge President Donald Trump’s unfounded claims significant election fraud in Georgia, remains a harsh critic of the Abrams, her agenda and the idea that voter suppression was a major factor in the 2018 cycle.

“There was never any voter suppression in 2018, we had record turnout! We had four million people that voted in a gubernatorial race in 2018. And then last year we had five million people vote in a presidential race,” noted an indignant Raffensperger.

“It’s never been easier to vote in Georgia, we just want to make sure we have the appropriate guardrails,” he added.

The embattled secretary of state also says that appointing an ally of Abrams’ to such an important position would threaten the integrity of the elections process, arguing that “what Stacey Abrams did when she talked about voter suppression, she basically was taking an attack on system and really hurting voter confidence…It gets down to having personal integrity in the office… not being a shill for anyone’s political agenda.”

Complicating matters further is Fulton County’s history of maladministration in this area. Raffensperger says that there have been reports of mismanagement dating back to 1993.

Moreover, independent election monitor Carter Jones, who observed the 2020 general election there and filed a report on it for the state told the Associated Press that there were serious problems that would need to be addressed to protect the process, though he saw no evidence of fraud.

The state board of elections is currently investigating Fulton County and is considering replacing its board of elections with a supervisor who would assume its duties — a power granted to the state board under S.B. 202, the controversial election law passed earlier this year. Raffensperger has issued a statement saying he would support such a measure if Woolard is appointed.

“What I’m concerned about is her extreme bias, partisan bias that she’s going to be bringing… What we expect from every county election director is to walk that straight line of personal integrity and follow the process, follow the law, run a good election. We do not need boards coming in now and pushing partisan agendas,” Raffensperger explained to National Review.

As county board chair, Woolard would become the deciding vote on the body, with the rest of the board being comprised of two Democratic and two Republican members.