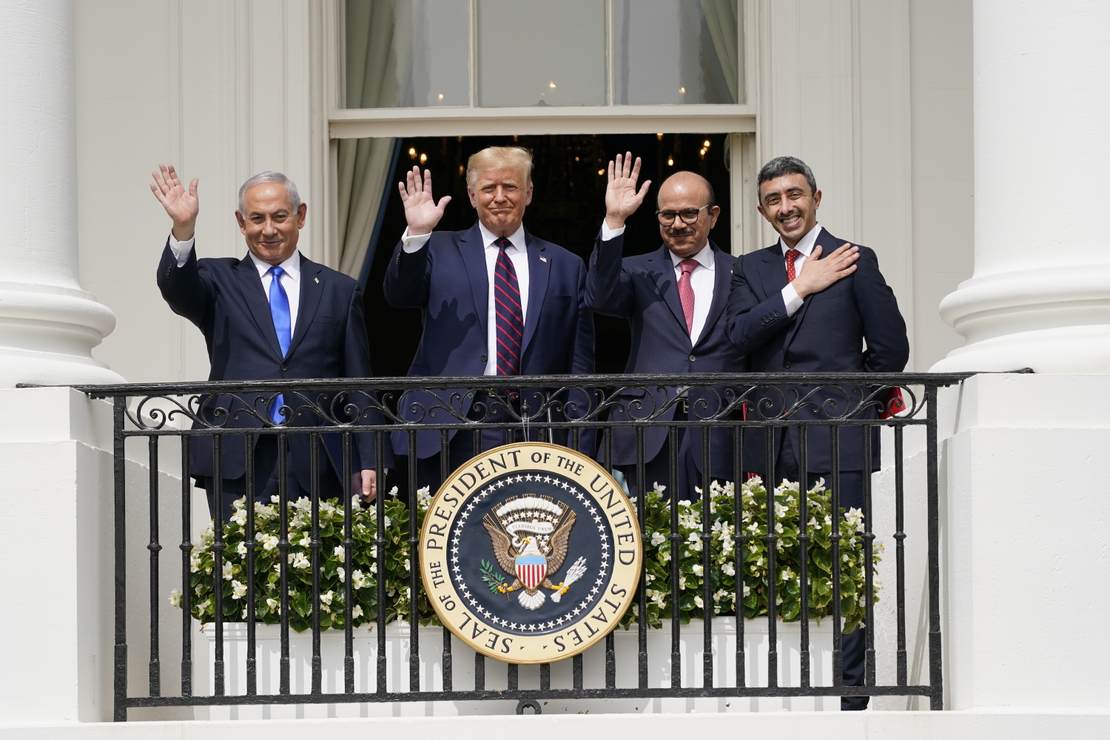 Tuesday marks one year since the Bahrain and the United Arab Emirates convened with Israeli Prime Minister Benjamin Netanyahu and President Donald Trump on the White House lawn to sign agreements that recognized Israel’s existence and pledged cooperation. The Arab nations were shortly followed by Morocco and Sudan in signing what’s known as the Abraham Accords.

This deal, a historic and welcome change in Arab-Israeli relations, benefits both Israel and Arabs, and is a significant shift within a region long consumed by fear and tension.

I had the pleasure last night to be invited to a #Shabbat dinner with some wonderful new friends. This marked my 1st Shabbat dinner in #Israel, the 1st Shabbat of the New Year and the 1st anniversary of the #Abraham_Accords. All In this very special sabbatical year ‘Shmita’.

For decades, the Arab League and Israelis were diametrically opposed: Israel wanted to exist, while the Arab League wanted Israel wiped off the map. The Abraham Accords represented not only a new era of diplomacy, but and end to wars that lingered for generations.

Since the Abraham Accords were signed, the UAE has seen major economic benefits, Sudan — whose interim government repealed the country’s anti-Israel boycott law in April — has received much-needed aid, Bahrain has increased its international security, and cultural ties between Israel and Morocco have reappeared.

More importantly, despite the usual doomsday predictions from opponents of peace, recognizing Israel has not led to backlash with local Arab populations.

In fact, Morocco’s Islamist party, which foolishly rejected peace with Israel, suffered a crushing defeat in this month’s parliamentary elections.

Once Bahrain, Morocco, Sudan and the UAE effectively conceded they cannot destroy Israel, they benefited economically, culturally, and in security terms.

“The Abraham peace deals took a totally different approach. Unlike previous administrations, the deals did not involve ‘land for peace,’ only ‘peace for peace,’” Jeff Dunetz wrote at The Lid. “The supposed peace experts of previous administrations had always bloviated that no Arab country would ever formalize ties with Israel before a Palestinian state was created. The Abraham Accords proved them wrong.”

Even the United Nations took a moment to recognize the achievement, one day after a major initiative to combat anti-Semitism was signed by more than 300 lawmakers.

Lastly, it’s a rare bipartisan moment for the United States.

Though begun by Trump, the accords are also backed by the Biden administration, with Secretary of State Antony Blinken saying earlier this year, “We think that Israel normalizing relations with its neighbors and other countries in the region is a very positive development, and so we applauded them. We hope that there may be an opportunity to build on them in the coming months and years ahead.”

While the accords generated little backlash in the signatory nations, the same will not occur in Gaza and the West Bank until the Palestinian Liberation Organization (PLO) gives up its perpetual quest to destroy Israel. Cheered on by execrable anti-Semites in the U.S. Congress, their futile religious war continued earlier this year, resulting in more poverty and loss of blood and treasure. As the PLO continues to fund terrorists, it’s clear it has learned nothing.