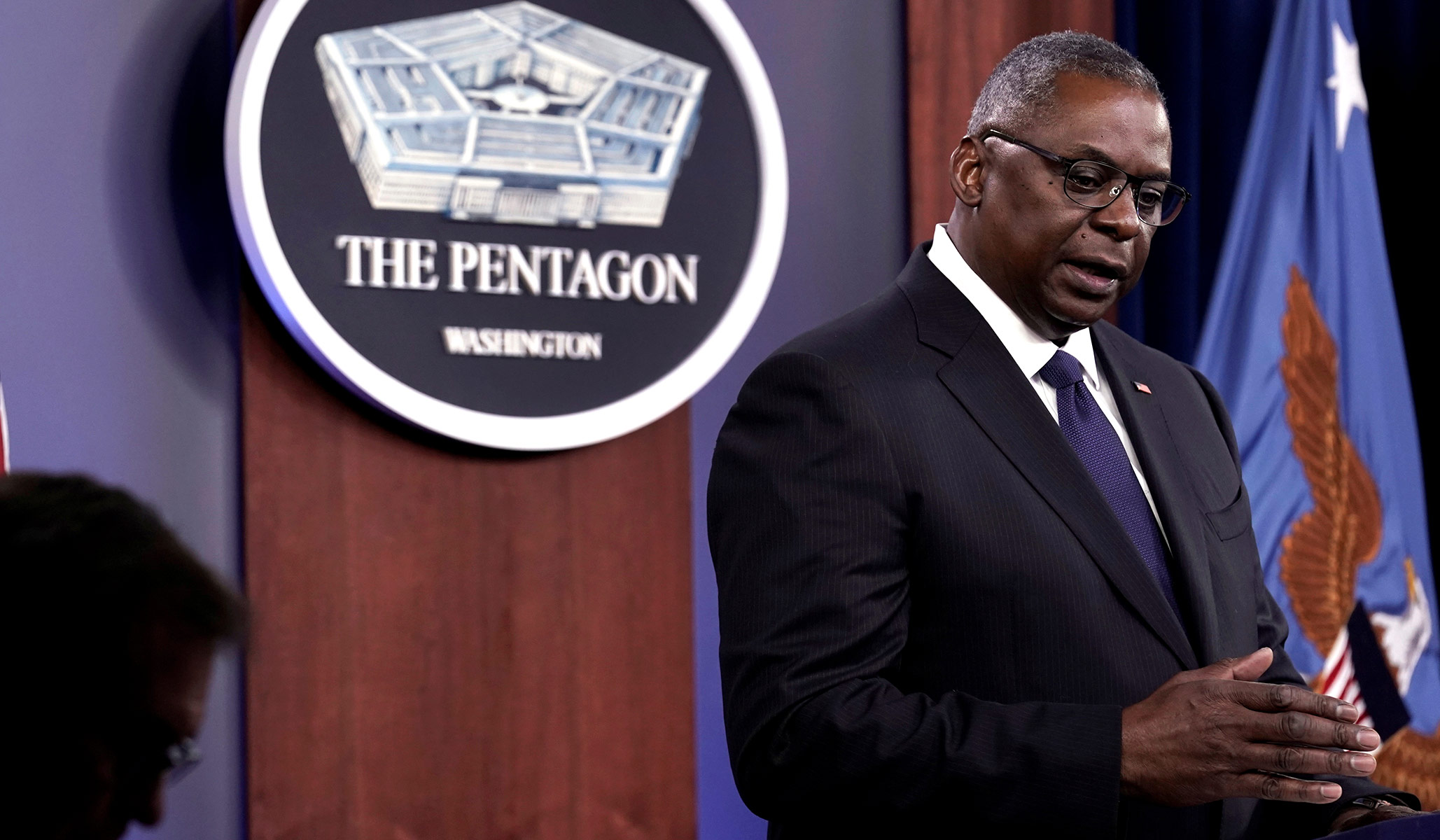 Democratic Senator Robert Menendez, ranking member of the Senate Foreign Relations Committee, warned Defense Secretary Lloyd Austin that he may issue a subpoena demanding his testimony after the Pentagon chief refused to attend a congressional hearing.

“I’m very disappointed that Secretary Austin declined our request to testify today. A full accounting of the U.S. response to this crisis is not complete without the Pentagon, especially when it comes to the complete collapse of the U.S.-trained and funded Afghan military,” he said.

Austin was asked to testify during Tuesday’s committee hearing on the U.S. withdrawal from Afghanistan alongside Secretary of State Antony Blinken. The Democratic lawmaker added in his statement that Austin’s absence “will affect my personal judgment on Department of Defense nominees.”

“I expect the secretary will avail himself to the committee in the near future, and if he does not I may consider use of committee subpoena power to compel him and others over the course of these last 20 years to testify,” Menendez added.

Since the botched military departure and subsequent evacuation from Afghanistan, which resulted in over a dozen American soldier fatalities and hundreds of Afghan fatalities, Menendez has decried the defense and state department leaders responsible for overseeing it, including Blinken and Austin. Mendenez called the chaotic operation “clearly and fatally flawed.”

Not anticipating the rapid collapse of the Afghan regime and army, the U.S. rushed over the course of two weeks to airlift hundreds of thousands of American citizens, SIV applicants, refugees, and other personnel out of the war-torn country to safety amid the Taliban’s takeover.

According to Blinken’s testimony Monday, roughly 100 Americans and thousands of legal permanent residents, otherwise known as green card holders, remain in Afghanistan. Per an arrangement the U.S. secured with the Taliban, these individuals are permitted to leave through the airport. Last week, a commercial flight with a number of foreign nationals on board departed from Afghanistan, the first since the Taliban declared its new regime and rule over the territory.

During Monday’s hearing before the House Foreign Affairs Committee, Republican lawmakers interrogated Blinken on the military’s conduct of the withdrawal, demanding explanations as to what went wrong and why certain strategic decisions were made.

For instance, Republican representative Joe Wilson slammed what he called the administration’s “bizarre abandoning of Bagram Airfield” on July 1, which he argued “led directly to 13 Marines murdered at Kabul” in a suicide bomber attack perpetrated by ISIS-K outside of the airport on August 26. He criticized the Biden administration for surrendering to the Taliban and allowing it to convert Afghanistan into a “safe haven for murderous terrorists.”

So far, a number of Republican lawmakers have called for the resignation of Austin, Blinken, and Joint Chiefs of Staff Chairman Army General Mark Milley.

BREAKING: Armed Person Detained at J6 Rally is Undercover Agent, Pulls Out Badge (VIDEO)
Facebook says it targeted a network pushing a ‘conspiracy’ that the German government’s COVID-19 restrictions are part of bigger plan to take away rights
National Guard called up for Sept. 18 protest at US Capitol
Joe Scarborough Suppresses Most Serious China-Call Allegation Against General Milley
Youngkin Pledges to ‘Work Tirelessly’ to Protect Babies Capable of Feeling Pain from Abortion