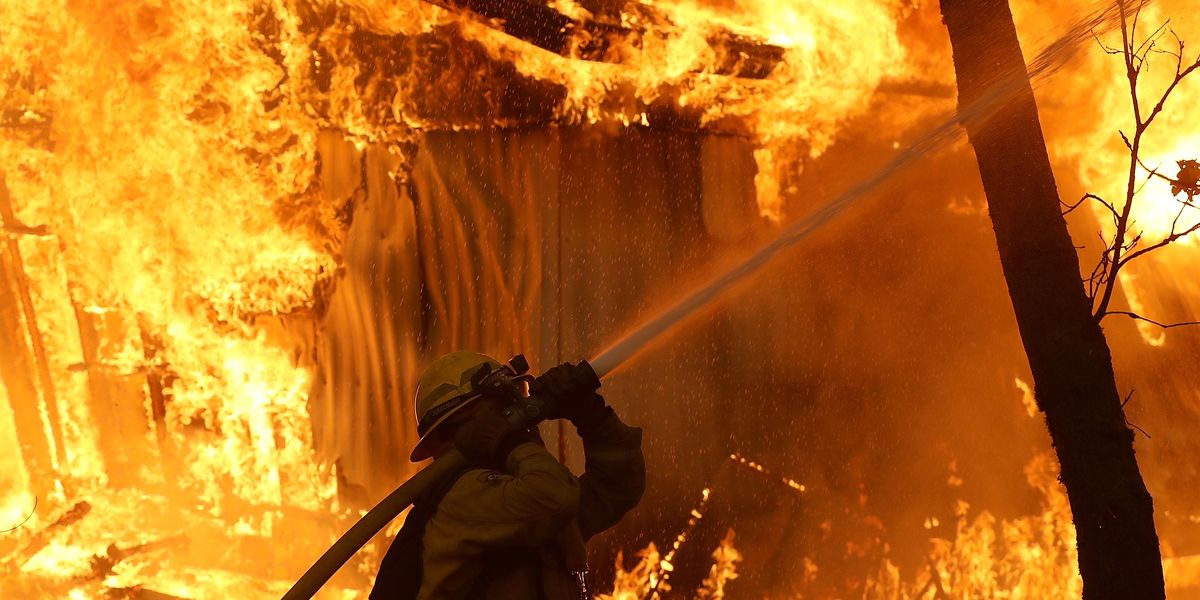 A 13-year-old Wisconsin boy is a hero after reportedly saving his four little sisters from a large house fire that could easily have turned deadly.

The family’s children range in age from 6 months to 13 years old.

Briar Omar’s parents had only just left their home to get dinner for the family on Monday night when one of his sisters noticed that the playpen was on fire.

“My sister said it was really smoky and we looked behind us and the playpen was on fire,” Briar told WCCO-TV on Tuesday.

Briar quickly jumped into action and got all four of his sisters out of the home as the fire spread wildly throughout the home. He ran back into the house and attempted to put out the fire, but the family’s dog, Mandy, reportedly led him to safety after his unsuccessful bid to extinguish the flames.

“It went up in bigger flames, and I just couldn’t breathe,” the brave 13-year-old recalled. “I couldn’t see. I almost collapsed, and then, that’s when I felt the dog rub against me. I grabbed her and she led me out the door.”

Briar’s parents arrived soon after their children and dog escaped the home and were horrified to see that their home had gone up in flames.

“Until you physically saw every single child, it was just terrifying,” Briar’s mother, Kelly Omar, said, noting that her son was a true hero who deserved all the credit for saving precious lives.

“We’re just so thankful that every single one of them made it out, so if it wasn’t for my son, I don’t know where I’d be,” she told the station.

The cause of the fire is under investigation.

AMAZING! 🙏 A 13-year-old Wisconsin boy is being credited with saving his four younger sisters from a house fire whi… https://t.co/pXjQNS3leB

A GoFundMe page to benefit the family has received more than $7,000 in donations at the time of this reporting.

A portion of the page states:

Kelly and her husband Jay, have had a roller coaster of events occur in their lives over the last few years. From pregnancy loss, to Kelly almost dying, her youngest daughter has been having struggles with seizures, and now a house fire that consumed all of their belongings. Her two oldest children Briar and Peyton were able to get their 3 baby sisters out of the burning home to safety. They may have lost everything in the fire, but they have each other, and that’s a blessing. Briar and Peyton should be recognized as heroes for saving their baby sisters and rewarded.

The page adds that the Omar family is devoid of all necessities including clothing, food, and shelter.

“Please donate,” the page adds. “Anything will help. If you can’t help with any money, please lift this family up in prayer. Thank you and God bless.”