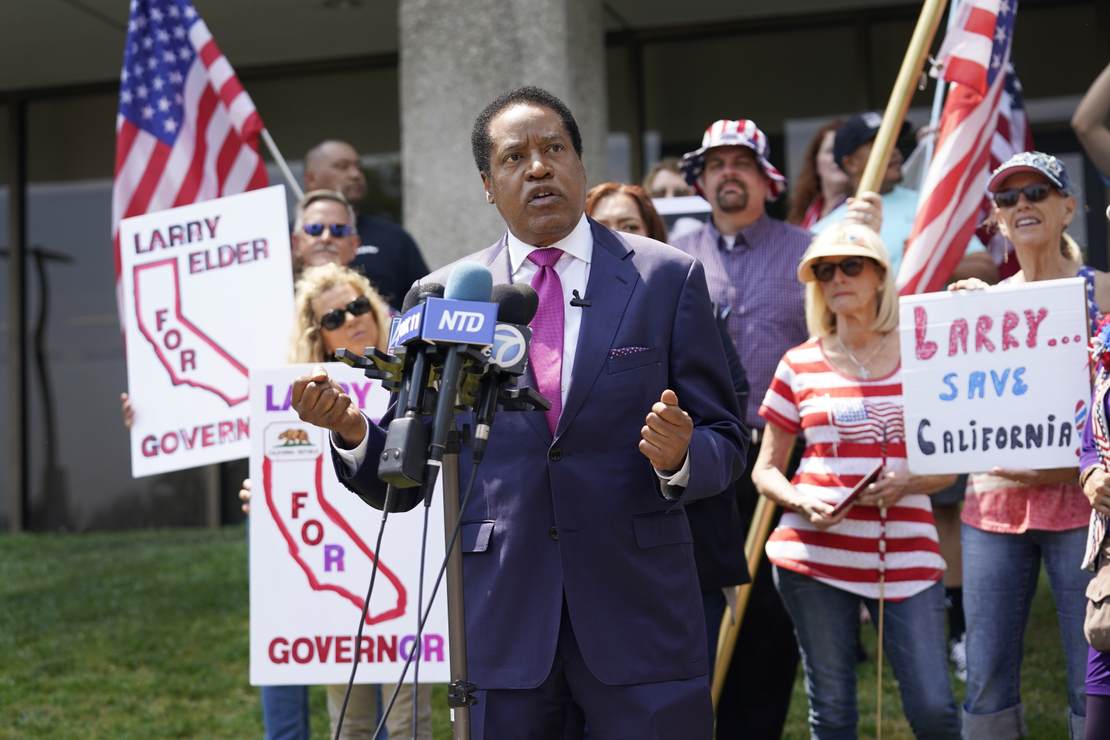 People trying to vote in the recall election of California Governor Gavin Newsom were surprised to find out they’d “already voted” over the weekend. They hadn’t.

KTLA reports that multiple people who came to vote at one high school in the San Fernando Valley were told the elections software had already counted their vote in the Newsom recall election and elections officials didn’t know why.

West Hills resident Estelle Bender, 88, said she was far from the only person who was being told incorrectly that they had already voted.

In addition to friends of hers who experienced the issue and two other women outside the polling place, Bender said that inside, “the man next to me was arguing the same thing.”

Bender said she filled out a provisional ballot and “left really angry.”

Bender added that, to her knowledge, many of those affected by this issue are self-identified Republicans, and she’s suspicious.

Though the incident occurred over the weekend, there doesn’t seem to be any follow-up to discover how many more voting places, if any, experienced the same kind of problem.

Related: Gavin Newsom Blames Everyone Else for His Recall. Here Are 100 Reasons That Might Jog His Memory.

So far, more than 25% of California’s voters have cast their ballots in the election.

Newsom appears poised to survive the recall attempt by a clever positioning of the election. Newsom bullied any Democrats to keep them from running to replace him, leaving only non-Democrats, mostly Republicans, as the declared candidates to succeed him. Talk host, attorney, and author Larry Elder emerged as the most popular candidate to replace Newsom, but the media, especially the Los Angeles Times, and the other usual Leftist media, attempted to depict the black conservative/libertarian as an extremist. One LA Times white female Leftist columnist called Elder a “white supremacist.”

If elected, Elder would become the first person of color in the governor’s mansion in the state’s history. But, in a surreal move, Barack Obama, the first black president, has been running ads and tweeting against Elder in favor of white guy Newsom.

California! You’ve got a big choice to make by September 14, and everything is on the line. Your vote could be the difference between protecting our kids or putting them at risk; helping Californians recover or taking us backwards. Vote “no” on the Republican recall.

Team Newsom, including Hollywood, Silicon Valley, the SEIU, the usual creepy dark money men, flooded the airwaves and media with claims that the people sick of Newsom’s lockdowns, high taxes and energy prices, indulgence of open-air drugging and homelessness, are in reality January 6th “insurrectionists” and members of far-right groups.

Nothing could be further from the truth. The Republican Party is the third-most popular party after Democrats and Independents. Nearly two million people of all political stripes signed the recall petition to force the election.

California’s elections apparatus is in flux. Some special in-person vote centers remain, but by using his nearly two-year-old Covid “emergency” powers, Newsom threw out California’s election integrity changes and flipped the state to a mail-in ballot.

As I reported in July, Newsom made changes under his emergency powers – not with the legislature – to give him multiple advantages in the recall:

[T]he Democrats had a game plan for how to make an end-run around angry voters that included several things Newsom and his team are doing right now.

The Sacramento Bee reported that the plan included:

He’s implemented all the plays in his playbook.

Newsom’s secretary of state was ordered to flood the state with the “mail-in” ballots, resulting in possibly millions of ballots sent to addresses where a voter didn’t live anymore or was dead. Multiple votes are reported going to the same address.

One man was found passed out in his car with 300 recall ballots. Are we to assume that was a one-off? They hope you believe that.

A California man was found asleep in his car. Police found a loaded firearm, drugs, stolen credit cards & driver’s license, and 300 unopened recall ballots in his trunk. What was he doing with them? Has anyone checked Newsom’s polling numbers lately? https://t.co/5e8piTNV6I

Polling shows that Californians are more angry now than they were in 2003 during the last recall election, which tossed out Governor Gray Davis. But the state is a Democrat +25 with a much more polarized electorate this time around. The state’s media are all Left-leaning, as are nearly all the institutions in the state and, of course, the government and their non-governmental-organizations that get grants to do the government’s work.

The official recall election votes will be tallied on Tuesday. Well, we think they will.

Estelle Bender says she can’t wait to find out how “she” voted. She has her suspicions, however.

Top supermarket chain warns high inflation will continue to drive up prices for consumers
Justice Clarence Thomas says Supreme Court will become dangerous if justices decide based on a political agenda
Biden Labels Larry Elder ‘Clone of Donald Trump’ While Stumping for Newsom
New Missouri COVID Whistleblower: HOSPITALS are LYING to the public about COVID… and I CAN PROVE IT
‘Unwoke’ With Kevin and Kruiser #11: Our Review of Angry Joe and the Vax Pimp Mandate Madness