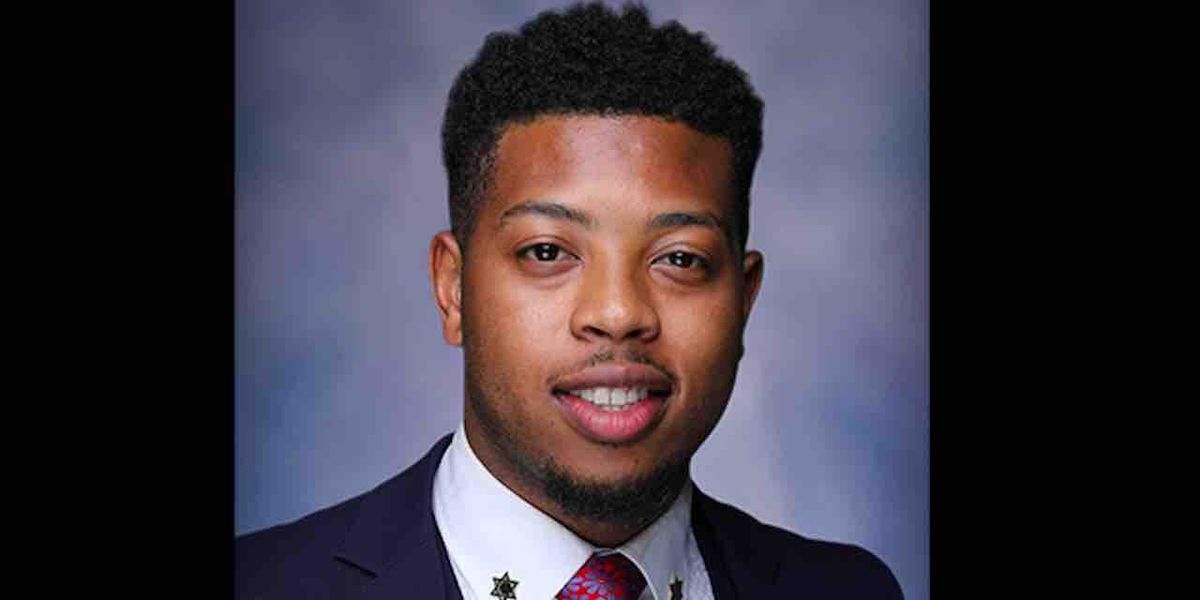 A Democratic Michigan lawmaker reported spending $221 of his campaign money at a strip club for a “constituent meeting” to discuss “potential economic projects,” the Detroit News reported.

The paper said state Rep. Jewell Jones turned in his new fundraising disclosure report Sunday, and added that Jones in a phone interview described the Pantheion Club — the Dearborn spot where the March 8 meeting took place — as a “lounge.”

The News reported that Jones said he wasn’t sure if it was a strip club before the phone call became disconnected.

But the paper said a Twitter account using the name Pantheion Club describes it as “the oldest and most established gentlemens [sic] club in Michigan.”

The third-term lawmaker noted to the News in a text message after the interview, “We have [to] meet people where they’re at some times…#HOLLA” and added that the Pantheion Club had “great lamb chops.”

What else do we know about Jones’ spending?

Jones’ campaign finance disclosure shows more than $6,400 spent at restaurants or lounges for “meetings” from Jan. 1 through July 20, the News said. Those expenditures included $696 at Ferraro’s Italian Restaurant & Wine Bar in Las Vegas on March 22 for what Jones said was a “dinner meeting with other legislators” and $514 at Jon’s Goodtime Bar & Grill in Inkster a week later for a “meeting with community stakeholders on potential projects.”

The paper said it’s “not rare for a Michigan lawmaker to use campaign funds to purchase dinners related to their official duties. However, the level and type of spending described in his new report is unusual.”

The paper said Jones made headlines recently on the heels of his April 6 arrest when — according to a Michigan State Police report — his black Chevy Tahoe drifted in and out of lanes on Interstate 96 and then careened into a ditch.

The News said Jones was accused of struggling with troopers after the crash and allegedly told officers he’d call the governor and had oversight of the state police budget. Jones’ blood alcohol content was 0.19, the paper said, citing the police report, adding that the legal driving limit is 0.08.

The paper said Jones was “bound over to Livingston County Circuit Court June 30 on drunken driving charges and his next hearing in the case is scheduled for August.”

More from the News:

Last week, he was fined $1,000 for a bond violation in which he failed to pay the fee to keep his alcohol monitor tethering on. The violation was his second.

In June, Jones was accused of misrepresenting the circumstances surrounding military orders that prevented him from getting his court-ordered drug and alcohol testing.

Jones had been allowed to suspend pretrial drug and alcohol testing for June 12-26 training with the Michigan National Guard at Camp Grayling, according to court records. But prosecutors argued Jones during that time frame tagged himself on Facebook as being at Planet Fitness in Wayne and legislative records indicate he was in Lansing for committee meetings, according to court records.

The Myth of the Red Pill
Thousands of migrants are under a bridge in Del Rio, Texas waiting for Border Patrol to pick them up
Ron DeSantis Was Right about Monoclonal-Antibody Therapy
Thousands Of Outraged New Yorkers To Protest Vaccine Passport Mandate In Times Square on Sept. 18
California Man Arrested Near U.S. Capitol With Bayonet and Machete in Pickup Truck