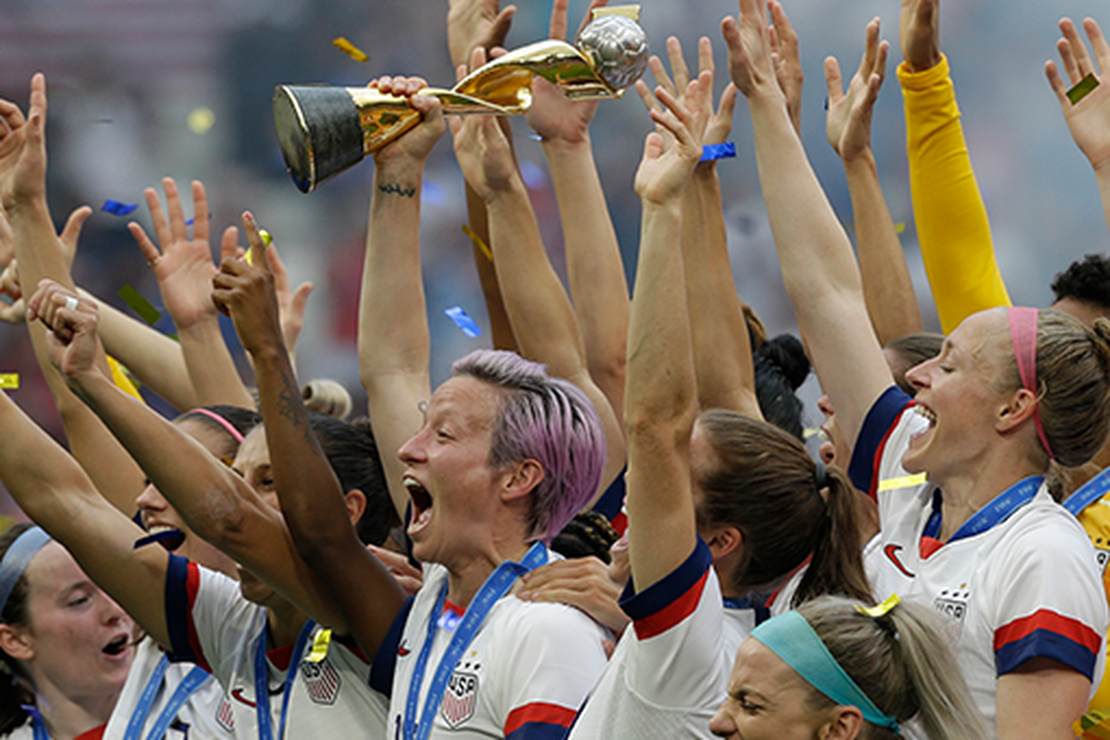 I can remember as a kid watching the Olympics. It was quite an experience to watch world-class athletes competing against each other, doing things even back then I knew I’d never have the ability or talent to do.

But now it just feels like the Olympics have become a soapbox for players to make political statements, and I have no interest in that. For example, four women’s soccer teams (the United States, Sweden, Britain, and Chile) kneeled before the start of their games to virtue signal their opposition to racism, discrimination, and inequality. Give me a break. They have plenty of other opportunities to make their statements. In fact, athletes were given a specific space to do such. And there are rules against political statements at the Olympics.

Why would I want to watch a bunch of athletes representing America when they clearly hate America? The U.S. women’s soccer team is notorious for its political statements and kneeling during the national anthem. Sure, they can claim they’re protesting whatever injustice is fashionable at the moment to protest. Still, if you’re not willing to proudly represent your country on the world stage, then frankly, you shouldn’t be representing it at all.

The fact is, when I see our own teams disrespect our flag and our nation, I don’t want to root for them.  And I’m hardly alone.

“When you see THIS at the Olympics, doesn’t it make you want to root for the opposing team?” Dinesh D’Souza asked on Twitter while sharing a picture of the U.S. soccer team wearing “Black Lives Matter” sweatshirts and most of the team kneeling during the anthem before a game in The Netherlands last November.

When you see THIS at the #Olympics, doesn’t it make you want to root for the opposing team? Good news: These losers lost, 3-0. pic.twitter.com/tXx14cl6dy

So, yeah, it’s hard not to feel glad that the U.S. women’s soccer team lost to Sweden 3-0. I don’t want to feel giddy about it, but how can I root for a team that disrespects the United States in front of the entire world without preferring a legitimately proud team to support their nation coming out on top? Especially when members of the team reportedly turned their backs when a 98-year-old WWII veteran played the national anthem before their Olympic send-off match.

The U.S. women’s soccer team claimed they were done with their activism’s “protesting phase” earlier this year. So much for that.

Of course, it’s not just them that’s the problem, as other teams are flouting the rules because they feel making a statement is more important than the competition itself. The Olympics should be fun to watch, especially in the wake of the pandemic; it would be nice to experience something that can unite the world in friendly competition without the politics of the players overshadowing everything. Maybe not all players in all events are using the Olympics to make a statement, but the actions of a few certainly spoil the whole thing. It just isn’t fun anymore.

I’d love to feel like the Olympics are worth watching again. But politics and grandstanding have made them ignorable. I hope one day it will change, but given the way the International Olympic Committee has bent over backward to give athletes time and space to make political statements, it seems unlikely that things will ever improve.