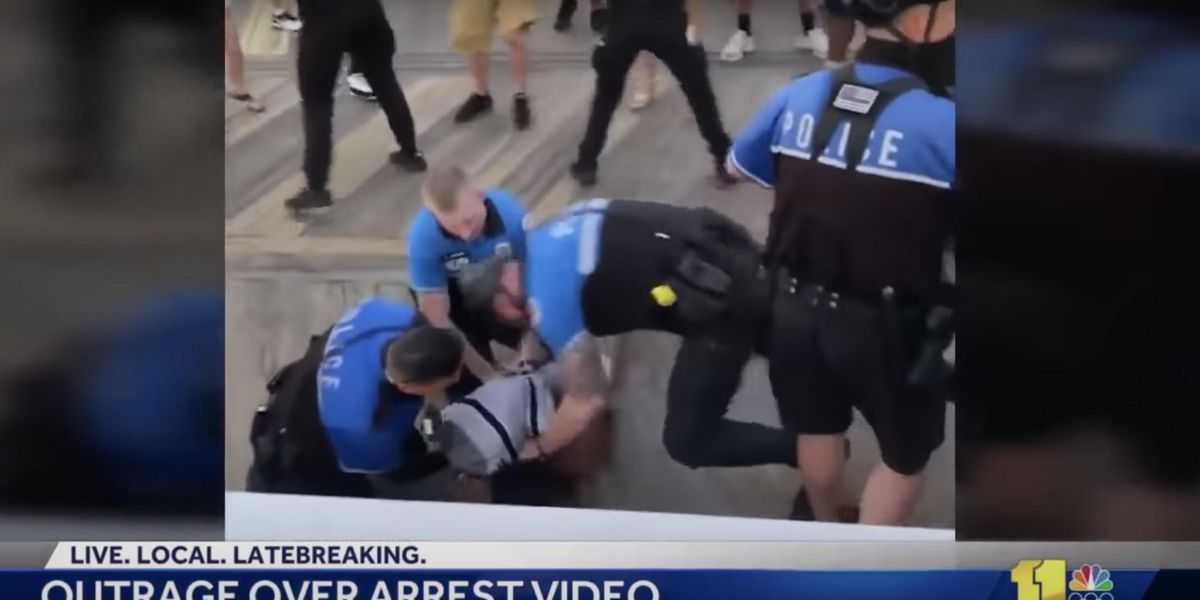 Viral videos that circulated on social media over the weekend are generating new questions about police use of force after four teenagers were aggressively arrested after being seen vaping in public.

While on foot patrol in Ocean City, Maryland, Saturday evening, officers “observed a large group vaping,” according to WJZ-TV. The officers then approached the group and informed them that smoking or vaping outside designated areas violates local ordinances.

Voluntary compliance of the ordinance is expected. However, the Town of OC code allows for issuance of citations for violations. Thank you in advance for your observance of this law.

When officers walked away from the group, one police officer allegedly observed a member of the group, 19-year-old Brian Anderson, use his vape again. Police claimed Anderson did not want to provide identification, so they decided to arrest him.

During the attempted arrest, 19-year-old Kamere Day began protesting the arrest. Police claimed he approached the officers, who told him to get back and placed a police bike in Day’s path. Day allegedly refused to comply, so police arrested him, too.

Anderson was charged with disorderly conduct, resistance and interference with arrest, second-degree assault, and failure to provide proof of identity, while Day was charged with disorderly conduct, obstructing and hindering, failure to obey a reasonable and lawful order, resistance and interference with arrest, and second-degree assault.

But it did not end there.

All four teenagers are from Harrisburg, Pennsylvania, and were released by a Maryland district court commissioner.

What does video show?

Multiple angles of the incident went viral on social media.

One angle showed a police officer repeatedly and violently thrusting his knee into one of the teenagers, who was being held down by other officers and whose hands were already behind his back.

Another video showed the officers tackling and aggressively arresting other teenagers; in one video, one of the teenagers is seen fighting back, though the identity of that teenager was not clear.

this video was sent to me by a woman named lauryn (insta @/lo… https://t.co/n5jcD50zrW

Another video showed police deploy a taser on a black teenager whose hands were up. That teenager was later hog-tied and carried off the Ocean City boardwalk.

Police in Ocean City Maryland tasered a 17-year-old teenager after they accused him of vaping yesterday. https://t.co/PVzagAV5i1

What did the city say?

In a statement, Ocean City officials said they were “aware” of the videos, but seemingly defended officer use of force as “permitted … per their training.”

“We are aware of the social media videos circulating regarding this incident. Our officers are permitted to use force, per their training, to overcome exhibited resistance. All uses of force go through a detailed review process,” the statement said, WBAL-TV reported. “The uses of force from these arrests will go through a multi-level examination by the Assistant Patrol Commander, the Division Commander and then by the Office of Professional Standards.”