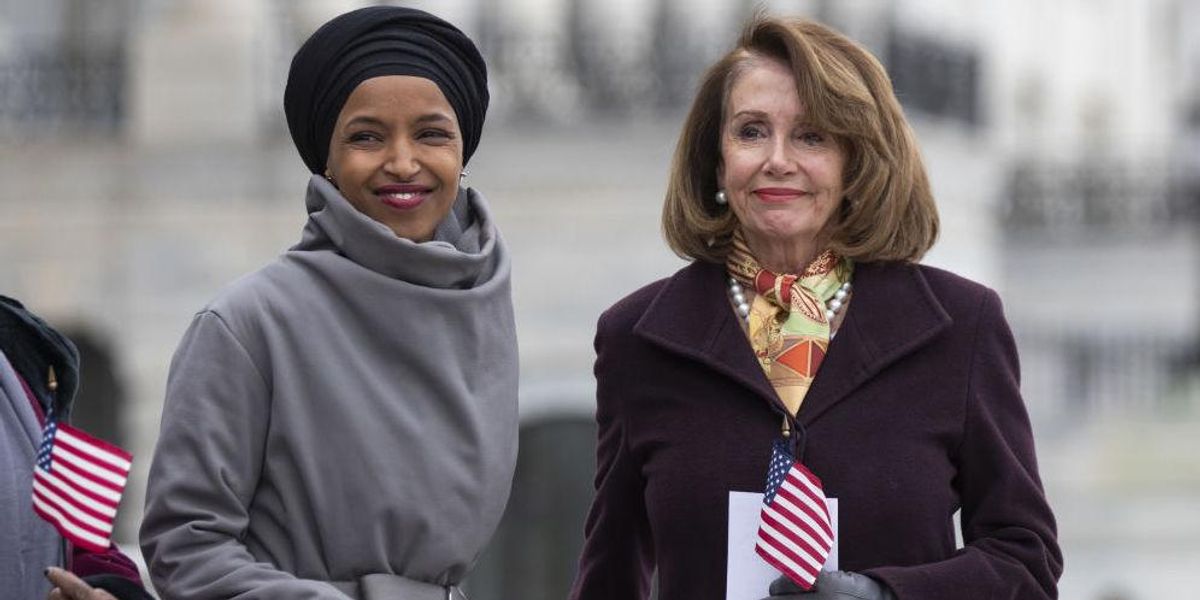 What is the background?

Omar triggered controversy last Monday when she lumped together the U.S., Israel, Afghanistan, Hamas, and the Taliban as countries and organizations guilty of committing “unthinkable atrocities.”

“We must have the same level of accountability and justice for all victims of crimes against humanity. We have seen unthinkable atrocities committed by the U.S., Hamas, Israel, Afghanistan, and the Taliban,” Omar said.

House Democratic leadership, of which Pelosi is the leader, responded by releasing a statement that condemned Omar’s comparison.

Legitimate criticism of the policies of both the United States and Israel is protected by the values of free speech and democratic debate. And indeed, such criticism is essential to the strength and health of our democracies. But drawing false equivalencies between democracies like the U.S. and Israel and groups that engage in terrorism like Hamas and the Taliban foments prejudice and undermines progress toward a future of peace and security for all. We welcome the clarification by Congresswoman Omar that there is no moral equivalency between the U.S. and Israel and Hamas and the Taliban.

Their statement came one day after a group of 12 House Democrats similarly rebuked Omar, who later denied conflating the U.S. with terrorist organizations.

What is Pelosi saying now?

During an interview on CNN’s “State of the Union,” host Dana Bash confronted Pelosi over Omar and Rep. Rashida Tlaib (D-Mich.), who “don’t seem to be letting this go.”

“OK. You know what? Let me just say this,” Pelosi began. “We did not rebuke her. We thanked— acknowledged that she made a clarification.”

“Congresswoman Omar is a valued member of our caucus. She asked her questions of the secretary of state. Nobody criticized those, about how people will be held accountable if we’re not going to the International Court of Justice. That was a very legitimate question. That was not of concern,” Pelosi added.

“Members did become concerned when the tweet that was put out equated the United States with the Taliban and Hamas,” she continued. “And then she clarified it. And we thanked her for clarification.”

Pelosi said Friday that no disciplinary action will be taken against Omar.