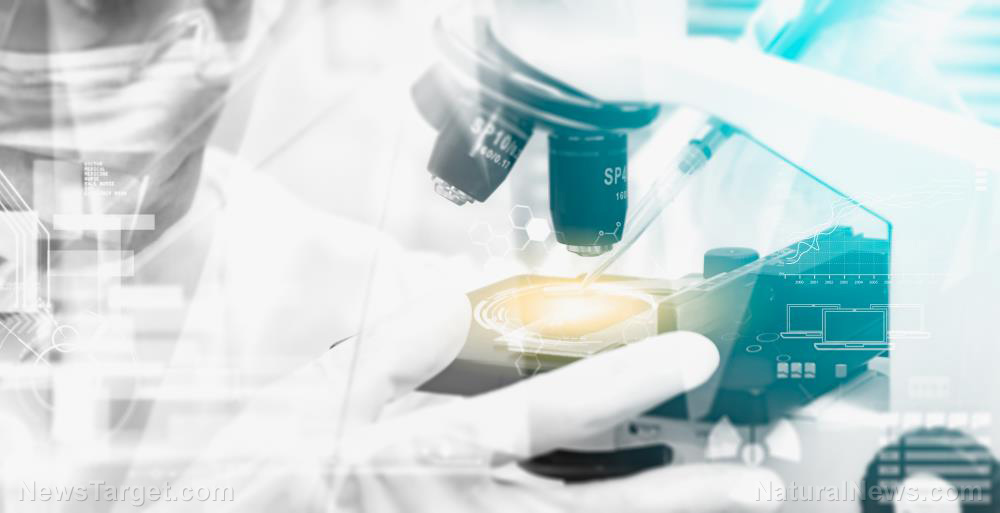 (Natural News)
The state of Washington was the site of the first major coronavirus (COVID-19) outbreak in the U.S. in March last year. As infection rates and the need for tests were spiking, BGI Group – the world’s largest biotech company – approached the state with an enticing offer.

BGI proposed to build and help run state-of-the-art COVID testing labs, provide technical expertise and high throughput sequencers and make additional donations. Given the situation, it seemed like an offer the state couldn’t refuse. But officials were suspicious about BGI and its connections with the Chinese government.

Washington, it turned out, is not the only state approached by BGI.

In its Jan. 31 episode, “60 Minutes” reported that the biotech giant had offered generous packages to at least five other states, including New York and California.

Former National Counterintelligence and Security Center (NCSC) head Bill Evanina told “60 Minutes” he was so concerned by BGI’s proposals, and who would ultimately get the data, that he authorized a rare public warning: “Foreign powers can collect, store and exploit biometric information from COVID tests.”

“We put out an advisory to not only every American, but to hospitals, associations and clinics. Knowing that BGI is a Chinese company, do we understand where that data’s going?” said Evanina, a veteran of both the Federal Bureau of Investigation (FBI) and the Central Intelligence Agency (CIA).

It’s unclear whether BGI would get DNA from nasal swabs, but Evanina said “the labs are a way to establish a foothold – to bring their equipment here, start mining data and set up shop in the neighborhood.”

BGI was founded in 1999 in Beijing by Wang Jian, a Chinese geneticist who worked as a research fellow at several U.S. universities between 1988 and 1994. The company’s name was Huada at that time, and it’s still using Huada as its Chinese name. In its early years, Huada relied solely on government funding and struggled to get sufficient funds to survive.

Its big break came when SARS hit in 2003. Huada was the first to decode the SARS virus genome and to create a SARS detection kit. Later that year, the company became the Beijing Institute of Genomics of the Chinese Academy of Sciences. That’s how it got its international name – BGI for Beijing Genomics Institute.

Since its birth, BGI has nurtured a very nationalistic company culture. Wang once told the Founder Magazine that his company’s walls were covered with slogans like “Loyally Serve the Country,” in appreciation for the local government’s funds.

BGI started to gain a reputation as a big player in 2010. Thanks to a $90 million loan from the state-owned China Development Bank, BGI purchased 128 sequencing systems from San Diego-based Illumina, the top sequencing equipment maker in the U.S.

With the help of American machines and tech services, coupled with cheap Chinese labor and government support, BGI quickly became the world’s DNA sequencing factory and accounted for over half of the world’s sequencing capacity.

In 2012, BGI acquired Complete Genomics, a DNA sequencing company and equipment maker. The funds for the $117.6 million purchase were raised from Chinese venture capitals. The company has expanded its footprint globally. According to its website, BGI conducts business in more than 100 countries and areas and has 11 offices and labs in the U.S.

People are concerned about China’s access to American DNA data

Some said that with Complete Genomics providing an American base, BGI would have access to more DNA samples from Americans, helping it compile a huge database of genetic information. Some also worried about the protection of the genetic information’s privacy.

According to a 2019 report from the U.S.–China Economic and Security Review Commission (USCC), BGI “has formed numerous partnerships with U.S. healthcare providers and research organizations to provide large-scale genetic sequencing to support medical research efforts,”

There are three main reasons why many people in the biotech community and government have expressed concerns about China’s access to American DNA data.

In the “60 Minutes” interview, Evanina discussed the very likely scenario in which Chinese companies would be able to micro-target American individuals and offer customized preventative solutions based on their DNA.

Evanina asked: “Do we want to have another nation systematically eliminate our healthcare services? Are we okay with that as a nation?”

The second concern is that China may use DNA to track and attack American individuals. As the USCC report states: “China could target vulnerabilities in specific individuals brought to light by genomic data or health records. Individuals targeted in such attacks would likely be strategically identified persons, such as diplomats, politicians, high-ranking federal officials or military leadership.”

The third concern is that China may devise bioweapons to target non-Asians. Steven Mosher, president of the Population Research Institute, discussed it in his article “What Will China Do With Your DNA?” published by The Epoch Times in March 2019.

He wrote: “We know that the Asian genome is genetically distinct from the Caucasian and African in many ways. … Would it be possible to bioengineer a very virulent version of, say, smallpox, that was easily transmitted, fatal to other races, but to which the Chinese enjoyed a natural immunity? … Given our present ability to manipulate genomes, if such a bio-weapon can be imagined, it can probably – given enough time and resources – be realized.”

An article from Technocracy said: “China’s aggressive collection of American DNA should be doubly alarming because it can only spell one ultimate outcome: biowarfare. That is, genetically engineering viruses or other diseases that will be selectively harmful to U.S. populations.”

In 2003, public security had less than 100,000 records. Around 2017, China launched a major campaign to enforce nationwide DNA collection. The following year, the size of the database jumped to 70 million records. A New York Times article in June 2020 mentioned that China’s trove of genetic material has a total of 80 million profiles.

To put this in perspective, the FBI DNA database, Combined DNA Index System (CODIS), was established about a decade before China’s. As of September 2020, it has only about 19 million profiles.

A national DNA database is no longer uncommon and is usually used for legal and ethical purposes. But like the internet, telecom and other technologies, such a database can be used for evil purposes.

In recent years, Chinese authorities have launched several campaigns to collect Uyghurs’ DNA along with other biometric data. Since 2016, Xinjiang residents between the ages of 12 and 65 were forced to hand over DNA samples and undergo retinal scans and fingerprinting annually, according to Xinhua.

Since late 2019, China has collected DNA from average citizens. Police officers have shown up at schools, villages and residences to collect DNA samples and other information.

They’re specifically collecting blood samples from men and boys to build a genetic map of roughly 700 million males, giving the authorities a powerful new tool for their emerging high-tech surveillance state. The Chinese authorities are collecting DNA samples from men and boys for one simple reason: Males commit more crimes, according to statistics.

Such practices are unthinkable in other countries, and some countries have banned the permanent logging of DNA records in order to protect citizens’ privacy and human rights.

Follow FutureScienceNews.com for more news and information related to DNA.