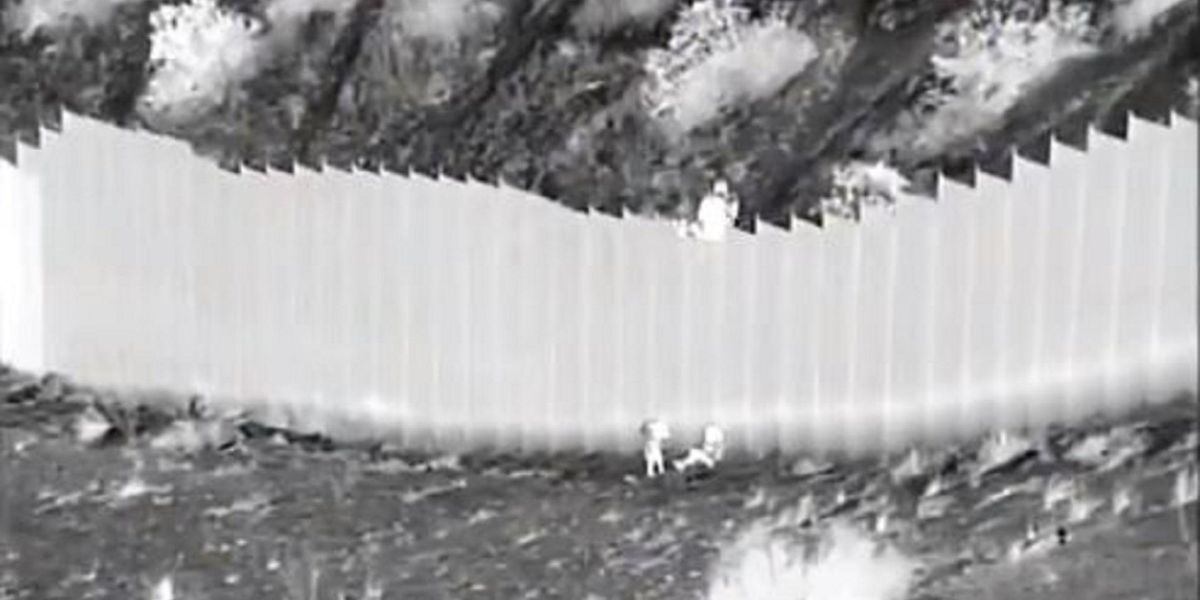 The U.S. Border Patrol released disturbing video footage Wednesday showing smugglers dropping a 3-year-old toddler and her 5-year-old sister from a 14-foot border wall, leaving the little girls exposed in the desert as they fled back into Mexico.

USBP El Paso Sector Chief Patrol Agent Gloria Chavez released the clip on Twitter, saying, “Smugglers, under cover of night, scaled a 14 ft. border barrier and cruelly dropped 2 young children in the middle of the New Mexico desert. The girls, ages 3 & 5, were left miles from the nearest residence. Thank you STN Agents for rescuing these children!”

Smugglers, under cover of night, scaled a 14 ft. border barrier and cruelly dropped 2 young children in the middle… https://t.co/puCa3MoEvr

In the video, a suspect can be seen hoisting the smaller child over the wall and lowering her down before letting go. The toddler lays still on the ground for a few moments after her fall, before bringing herself to her feet as her 5-year-old sister lands next to her.

The individual on the wall then tosses an object on the ground next to the tikes, who appear to be staring upward from where they were dropped as the two suspects can be seen running back through trails on the Mexican side of the border.

In a statement following the video, Chavez said:

“I’m appalled by the way these smugglers viciously dropped innocent children form a 14-foot border barrier last night. If not for the vigilance of our Agents using mobile technology, these two tender-aged siblings would have been exposed to the harsh elements of desert environment for hours. We are currently working with our law enforcement partners in Mexico and attempting to identify these ruthless human smugglers so as to hold them accountable to the fullest extent of the law.”

Fox News reported that the number of unaccompanied children arriving the U.S. at the southern border “has been rising for weeks,” as the the Biden administration struggles to “deal with the influx.”

According to the Associated Press, more than 17,000 migrant children were in U.S. custody as of Monday.

The news of the two abandoned little girls comes just a day after the Texas Department of Public Safety reported that a 6-month-old baby girl was thrown out of a raft by smugglers while crossing the Rio Grande River earlier this month.

Border Patrol agents and the Texas Rangers were able to save the infant and her mother, whose leg had been broken by smugglers while in Mexico.