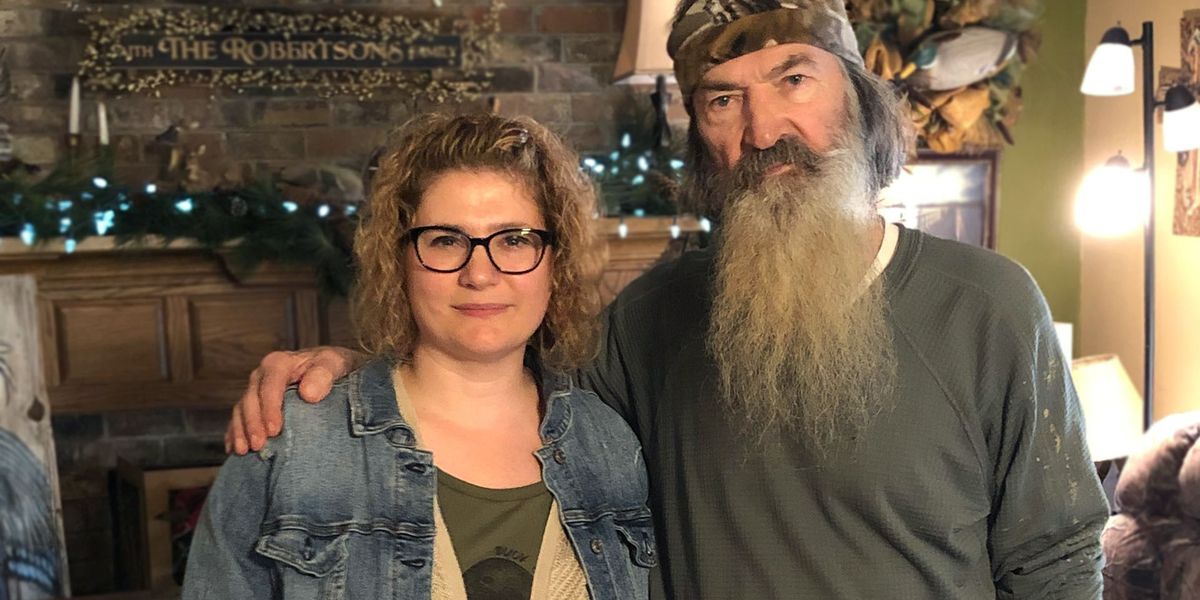 In Episode 95 of “Unashamed with Phil Robertson” podcast, the Robertson brothers revealed the emotional story of how they found out that they had a long-lost sister. In the latest episode, Phil Robertson, Miss Kay, and the boys reveal how they welcomed Phyllis into the “Duck Dynasty” family, and the audience gets to meet the previously unknown daughter for the first time.

For years, Miss Kay Robertson warned Phil that “someone will come out of your past, that wild ride.” Miss Kay turned out to be a prophetess because Phil was finally discovered by his long-lost daughter from a previous relationship during his womanizing party days from about half of a century ago.

Phyllis first saw her birth father, Phil Robertson, when she visited the church that he preaches at. “I thought, ‘How cool is it that the first time I’m seeing my dad he’s preaching the gospel?’ That to me, is a cool dad,” Phyllis said of how she felt the first time she saw her dad.

Several weeks later, after a positive DNA test, Phyllis visited the Robertson’s to finally meet her family that she had no idea existed. Phil and Phyllis talked for 45 minutes alone once they first met to try to catch up on lost time.

Phyllis said her mother never told her that Phil Robertson was her father. Phyllis assumed her step-father was her biological dad.

Miss Kay welcomed Phil’s daughter with open arms despite her coming from another relationship while she was married to him. “I was thrilled beyond belief,” Miss Kay said of Phil having a daughter.

As soon as Jace found out that it was DNA a match, he instantly reacted by saying, “I love her. She’s my sister.”

“It was super awesome, I was so excited, it was like a dream come true,” Jep Robertson beamed of his new sister.

Al Robertson said it was a “powerful moment” when he met his sister for the first time. “We all started crying,” he said when he hugged his new family members at the airport.

Phyllis admitted that she has heard of “Duck Dynasty,” but she had never seen an episode of the hit TV show.

“I just see God in every step of the way,” Phyllis said of the circumstances leading up to meeting her long-lost father on the “Unashamed with Phil Robertson” podcast. “God was in this story and writing this story.”

“Girl, you’re the best thing that ever came out of my past,” Phil told his daughter. “Up until she showed up, I had nothing good to say about what happened before I repented.”

“Like puzzle pieces clicking into place,” Phyllis said of first meeting her new family. “It made sense, it felt right, like I’ve always known you in a way.”

“I’m glad you found me, I’m glad I found you, all I have to say is, ‘Welcome aboard,'” Phil told his daughter.

Phylliss, who is married and has two adult sons, announced that she is moving her family into the same neighborhood as Phil and Miss Kay so they can finally make up for lost time.

Twitter now says American Heart Association science article is “unsafe link” because it shows that mRNA vaccines cause heart damage
The Empty, Depressing Excellence of Pete Buttigieg
‘Wannabe dictator’: Dems aghast after Gov. Ron DeSantis proposes Florida State Guard, even though 22 other states already have such forces
Matt Walsh pushes back against radical gender ideology with children’s book about a boy who pretends to be a walrus
Pete Buttigieg Thinks Americans Concerned About High Gas Prices Should Just Buy An Electric Car