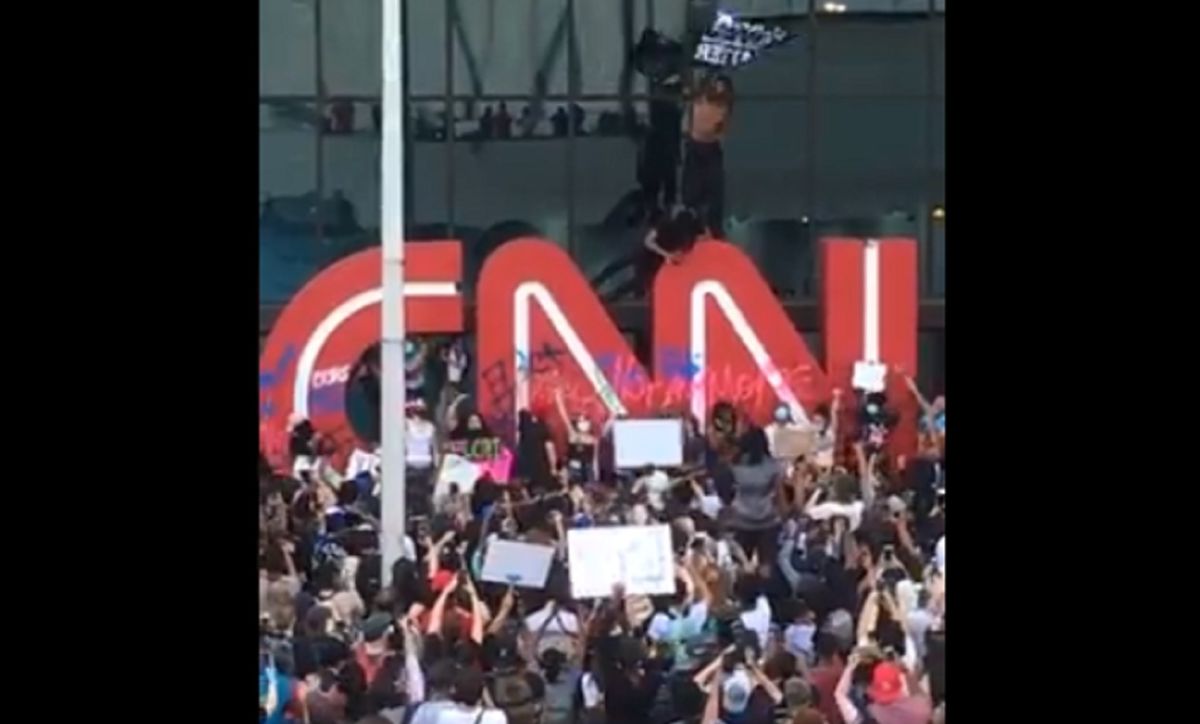 Rioters in Atlanta protesting the death of Minneapolis man George Floyd acted out their fury by defacing the building housing CNN’s headquarters Friday night, breaking windows and covering the front of the CNN Center in graffiti.

Police were able to briefly redirect the crowd away, but a police cruiser was set ablaze in the process and the demonstrators returned.

Several videos circulated online showing activists spray painting the “CNN” sign in front of the headquarters and throwing objects to shatter glass at the main entrance. According to reports, protestors also tried to enter the building but were unsuccessful in the initial attempt.


#CNN building in #Atlanta, #Georgia is being destroyed by protesters.

CNN reported that demonstrators waived a Black Lives Matter flag from atop the sign, and an American flag was burned in the street in front of the building.

Footage from
WSB-TV in Atlanta shows several police vehicles being vandalized in front of the building, and one was completely engulfed in flames. Protestors also threw objects at police officers, and one reporter on the scene told CNN’s Anderson Cooper that he thought he smelled tear gas as the police clashed with the angry crowd.

CNN reporter Fernando Alfonso III tweeted that he left the scene “as chants of ‘F**k CNN’ from protestors grew from across the street from the CNN Center.”

Following the first attack on the CNN Center, the crowd returned and tried to again enter the building. CNN’s Nick Valencia took footage from inside the headquarters showing police attempted to protect the building from the inside as a smoke bomb was thrown into the entrance by protestors.

Note: This report has been updated.

California Social Services Shuts Down Christian Pre-School for Violating State Mask Mandate
CNN: Democrats ‘Panicked’ Over Biden’s ‘Abysmal, Spectacular, Failures’
Trump without Trumpism
‘Not a Partisan Speech’
After a Year of Scandals, Viewership at Pervert-Plagued CNN Down 90% From 2021